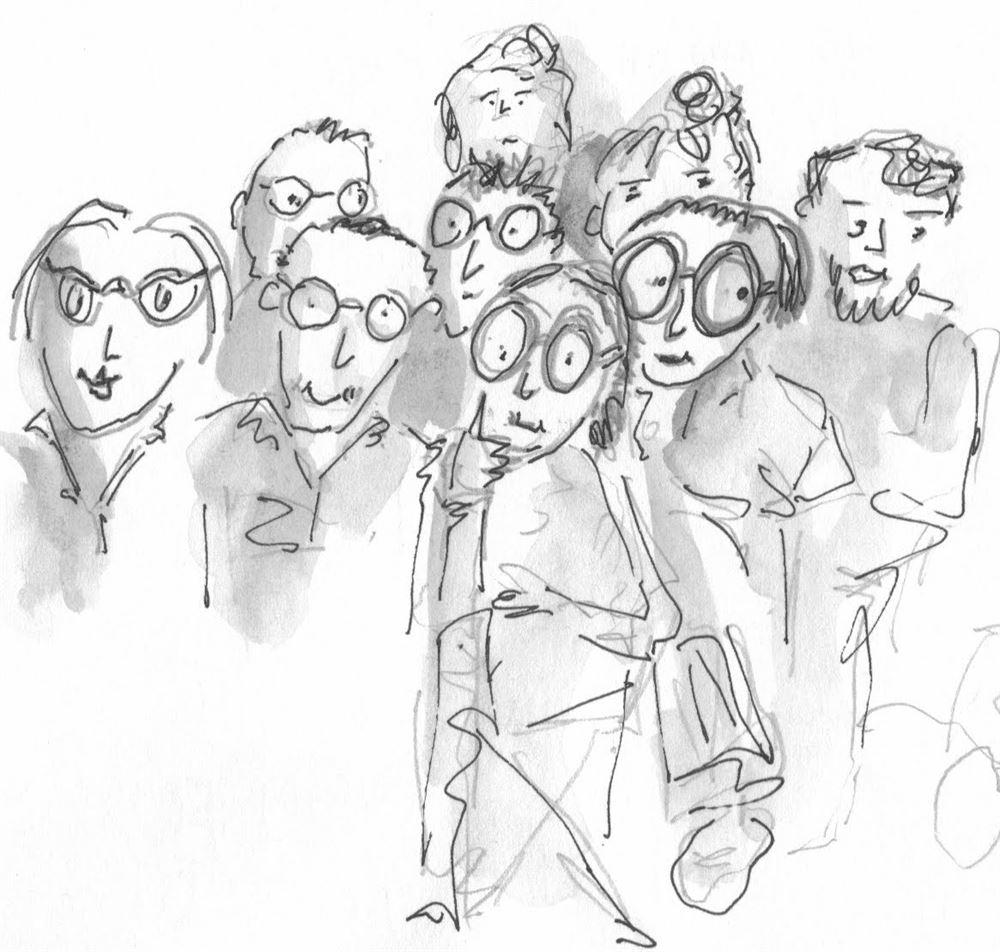 This month I’m the bloggess (blogguest)….I am Nicola Streeten, co founder of Laydeez with Sarah Lightman and I am still loving our meetings more and more each time. Sarah springs a question on us to introduce ourselves. Actually the questions are fairly harmless, like tonight’s, ‘What nice thing has happened to you this week OR what are you looking forward to?’ I took the opportunity to go public on my news that I have been signed up by Myriad Editions to publish my graphic novel, ‘Billy, Me & You’ due to come out in September 2011. Sarah Lightman’s nice thing is the final preparation for the opening of the exhibition Graphic Details, Confessional Comics by Jewish Women which she has curated with Michael Kaminer. It is on at The Cartoon Art Museum, San Francisco. And for anyone who’s there, there’s a panel discussion and reception on 21 October…

.. Other answers included Isabel Greenberg’s delight at having neutered (castrated) her cat…Philippa Perry is off to a motorway service station to write her second graphic novel (I think it’s one in the Maldives or somewhere like that, although the one on the M1 is jolly good) What else, Bart Beady is an academic comics expert over from Calgary…. 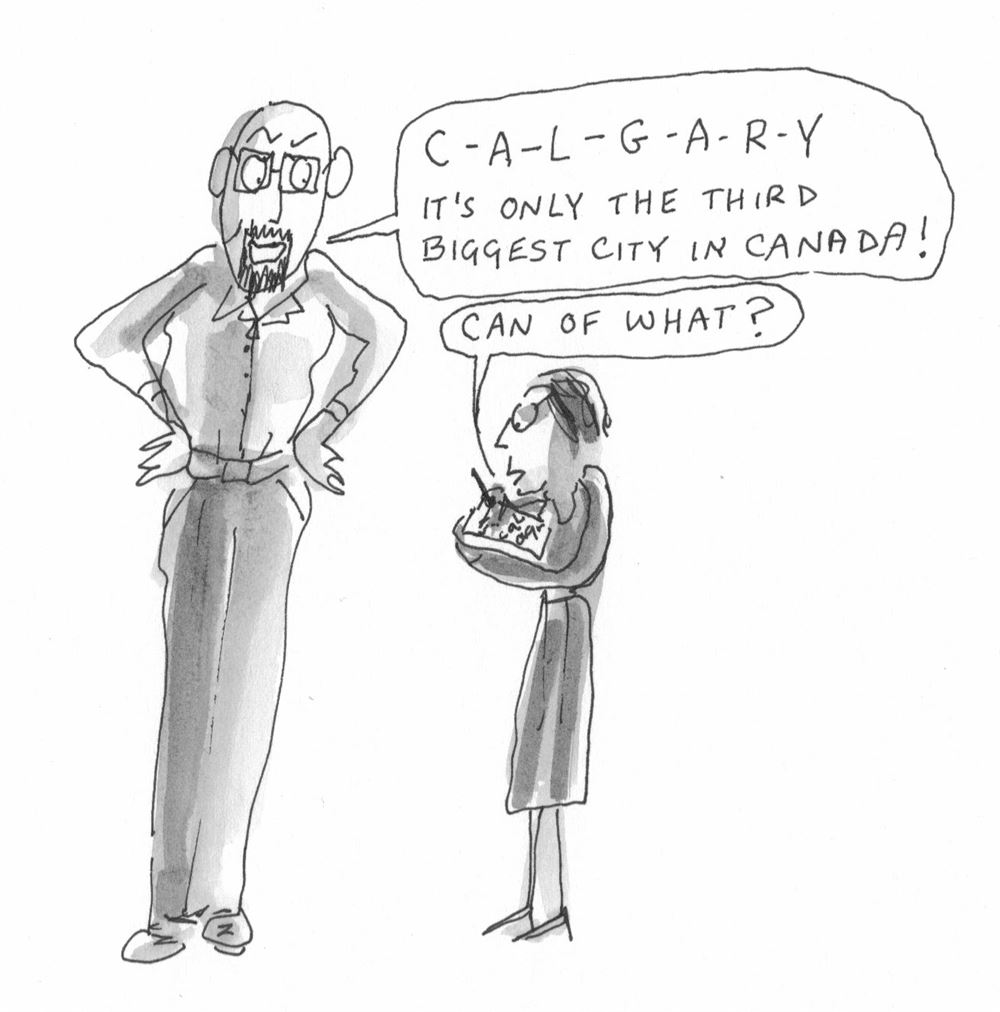 Cliodhna Lyons is looking forward to the film, ‘The Secret of Kells‘ Coming out this week. She has been working on this for 14 months, though it’s taken ten years to make. She filled nearly a whole sketchbook of beautiful drawings tonight…have a look at her blog. Frankie Sinclair is setting up The Cartoon Heart Club That’s not comic HRT club. 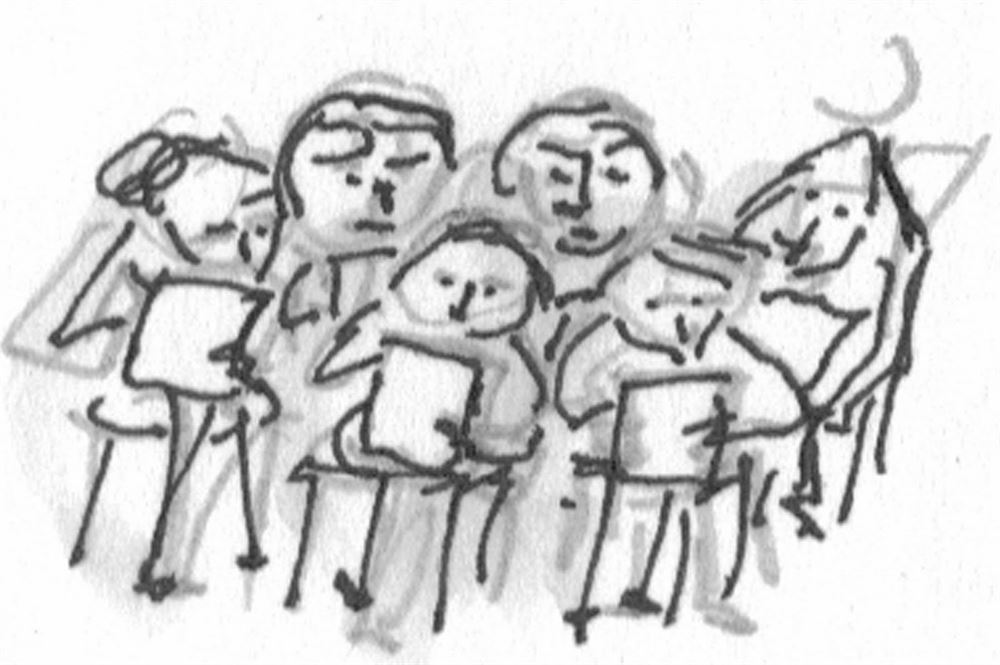 Our first presentation was from artist

a regular attender of Laydeez and we like his projects. With a fairly recent MA from Camberwell in drawing, his new project he told us about was a new gallery space in Cromford Mill, near Matlock, Derbyshire www.cromfordcontemporary.co.uk He’s doing this with a sculptor friend and their opening launch is on Friday 29 October………so go along if you can….and get in touch with him with any future exhibition proposals or if you think your work fits his remit. 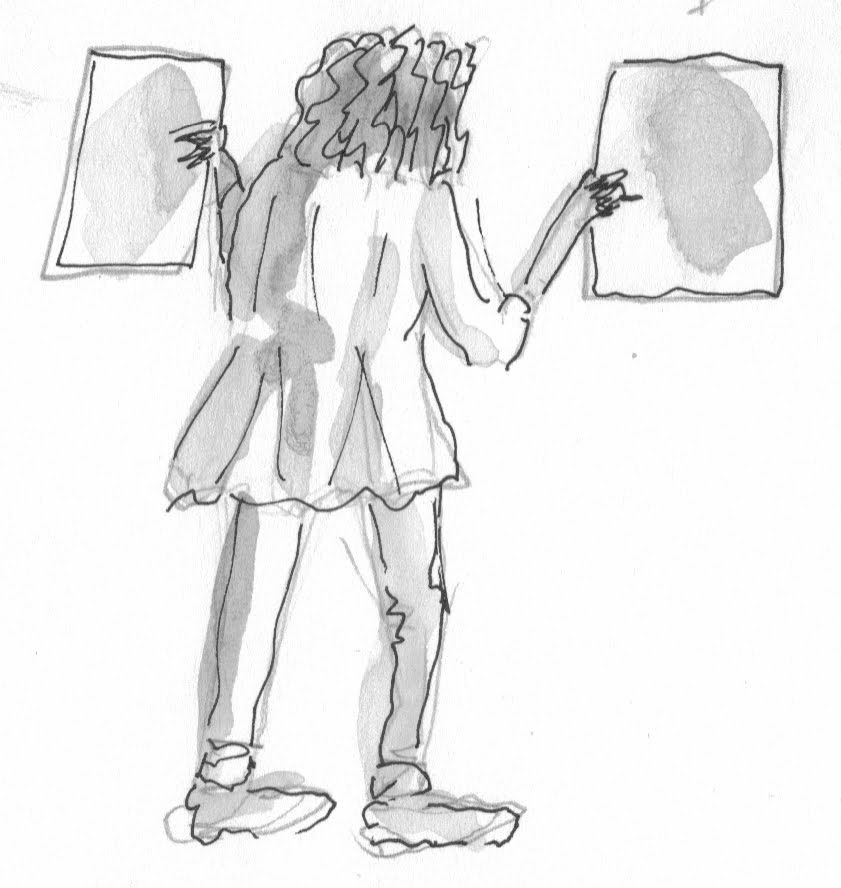 She doesn’t like powerpoint or anything computerised in these situations because they ‘NEVER WORK’…..that, I assured her, is because the techy assistants she has had have always been men. Women are SOOO much better at that sort of thing. Nevertheless it was wonderful to have her flourish her amazing works around the audience and let us all handle them. These included the most beautiful hand coloured etchings from her early work. An illustrator for thirty years, Patrice Aggs has worked on 60-70 children’s books of which she has only written and illustrated about five. Patrice has tried to sneak comics into her work over the years but the time hasn’t been right. Her feeling is that now is the most exciting time for comics in Britain for about forty years…I think she’s right. She WILL do her own comic one of these days, the trouble is, as soon as people ask her to work on a book the dollar signs click into her eyes and she can’t say no. It was great to see her son, John Aggs DFC along too, she’s certainly passed on her talent and has collaborated with him on projects. 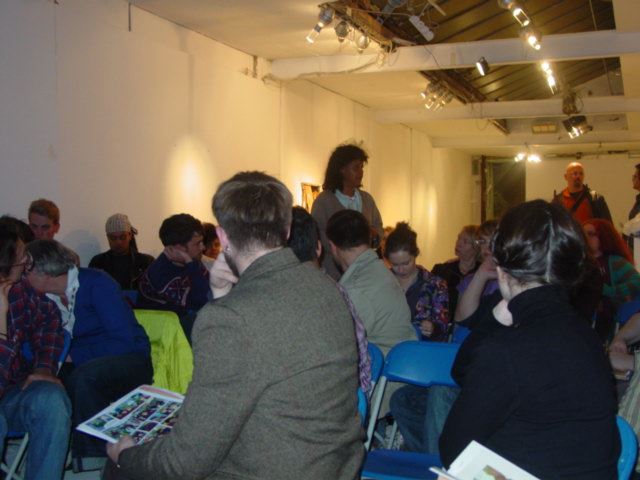 Patrice Aggs showing her work to us all

We had an interval and Sarah’s cookies had those chocolate Minstrels in them. Mmmm they were very delicious, they always are.

We had some announcements of forthcoming events:

****Karrie Fransman has just started a programme for 16-25 year olds to participate in workshops as part of her new job at London Print Studio.

currently looking for five enthusiastic 21-25 year olds from a variety of backgrounds who are interesting in a career in comics, arts education, publishing or illustration. They will have the chance to:

-Develop their own artistic projects with supervision from mentors.

The details and application form are online at:

The deadline for applying is Monday 1st November.

****18 November: Leeds Thought Bubble (There will be a Laydeez do comics there on the Sunday)

including Women in Comics II, a one day conference.

Next up…comics artist and co-editor of comics anthology, ‘Whores of Mensa’

Ellen is from Long Island and fortunately had a picture to show us where that is. She grew up reading comics and got into the New York comics scene during her time at university. When she moved to London she gravitated towards the small press scene and presently has a studio at ‘The Fleece Station‘

She told us about some of the illustration projects she has worked on. For example she illustrated ‘Little Rock Nine’, a book about historical tragedies and disasters and recently she did the illustration for Bold Creative Agency for a graphic novel based on interviews with HIV infected women.

Ellen is evangelical about comics as indicated by the way she talked about Whores of Mensa of which she is co-editor. I don’t think everyone could do what she does. The book she recommended for this meeting was Moma, which she holds up, I think, as a model for Whores of Mensa.

The cover of Issue 5 of Whores of Mensa

Whores of Mensa is a comics anthology, which started in 2004 and Issue five is literally just out a week ago. The founding editor was Sasha Marchou who started it along with Jeremy Dennis and Lucy Sweet. Ellen wrote them a fan letter and here she is one of the team.

Then Ellen offered us an insight into the hard work involved in the creation and editing of Whores of Mensa. The print run is 300 and Issue five is 52 pages and has been the most ambitious, with fourteen artists contributing, all with a shared love of comics. The spirit with which an anthology evolves must be right. People are being generous with their time and contribution, but at the same time, the publication has to be pulled together and no one cares quite as much as the editing team.

The process takes approx nine months and begins with inviting artists whose work they like (and not getting hung up over any rejections.) The theme for Issue five is parties and for the launch they held a wonderful party. The contributors drew themselves at a party for the front cover. They sell them via etsy.com and we highly recommend you snap one up right away…

arrived. She’d come straight from the airport to tell us about the new fantastic illustration award on offer from the new London illustration agency Pickled Ink, which she set up with two business partners in February this year. It is eligible to illustration students in their final year of their degree or within twelve months of graduating. The prize is £1000 and representation at Pickled Ink…..to find out more visit the website…