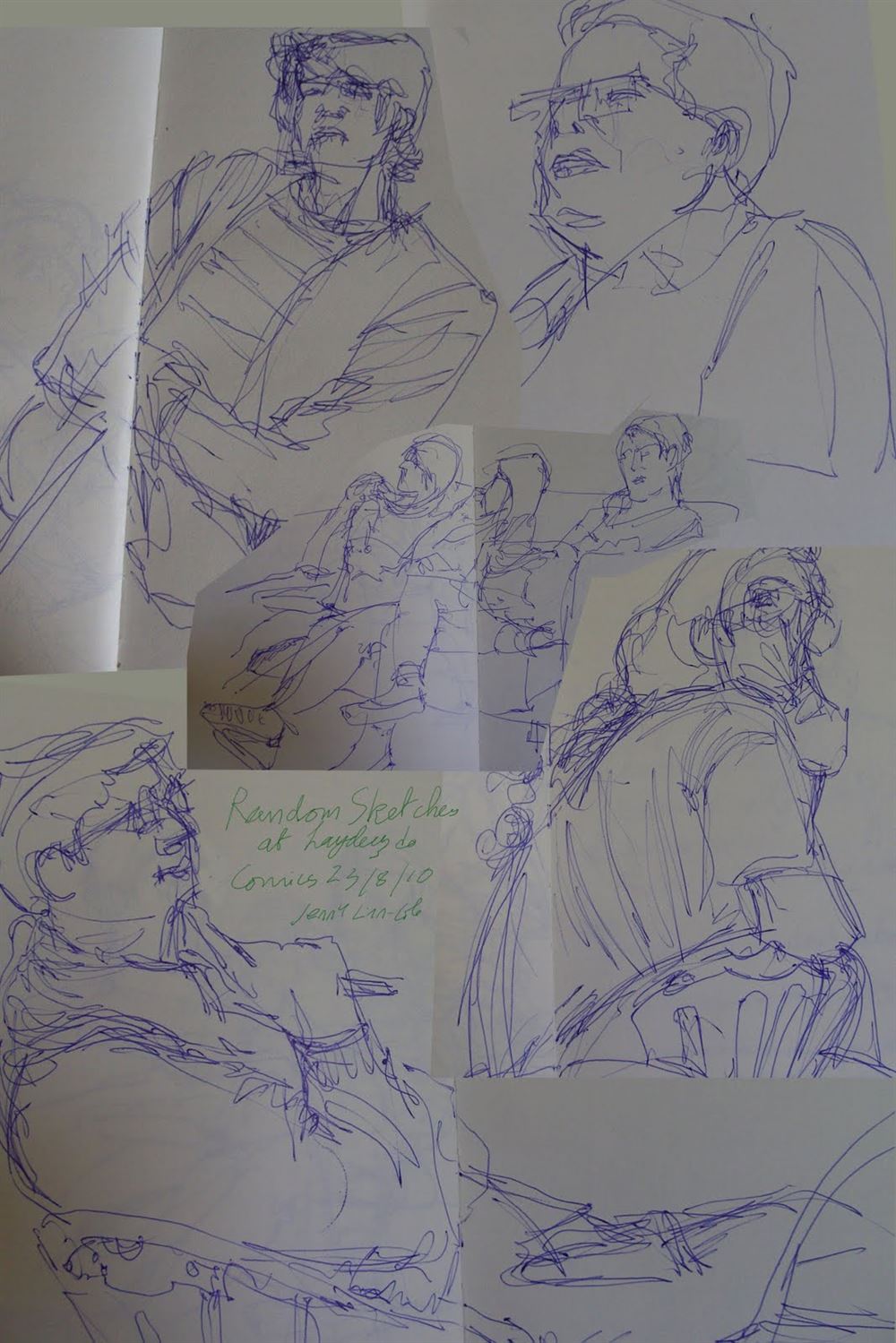 I’m Jenny Linn- Cole and have been coming to LdC since February. And what a joy it is too. Nice format (see previous blogs) mad venue that is a little obscure to find but not really for me being an ex dispatch rider, Interesting and delicious bikkies from Sarah.

I really would like to collaborate with someone on a graphic novel or similar and my work can be found at: 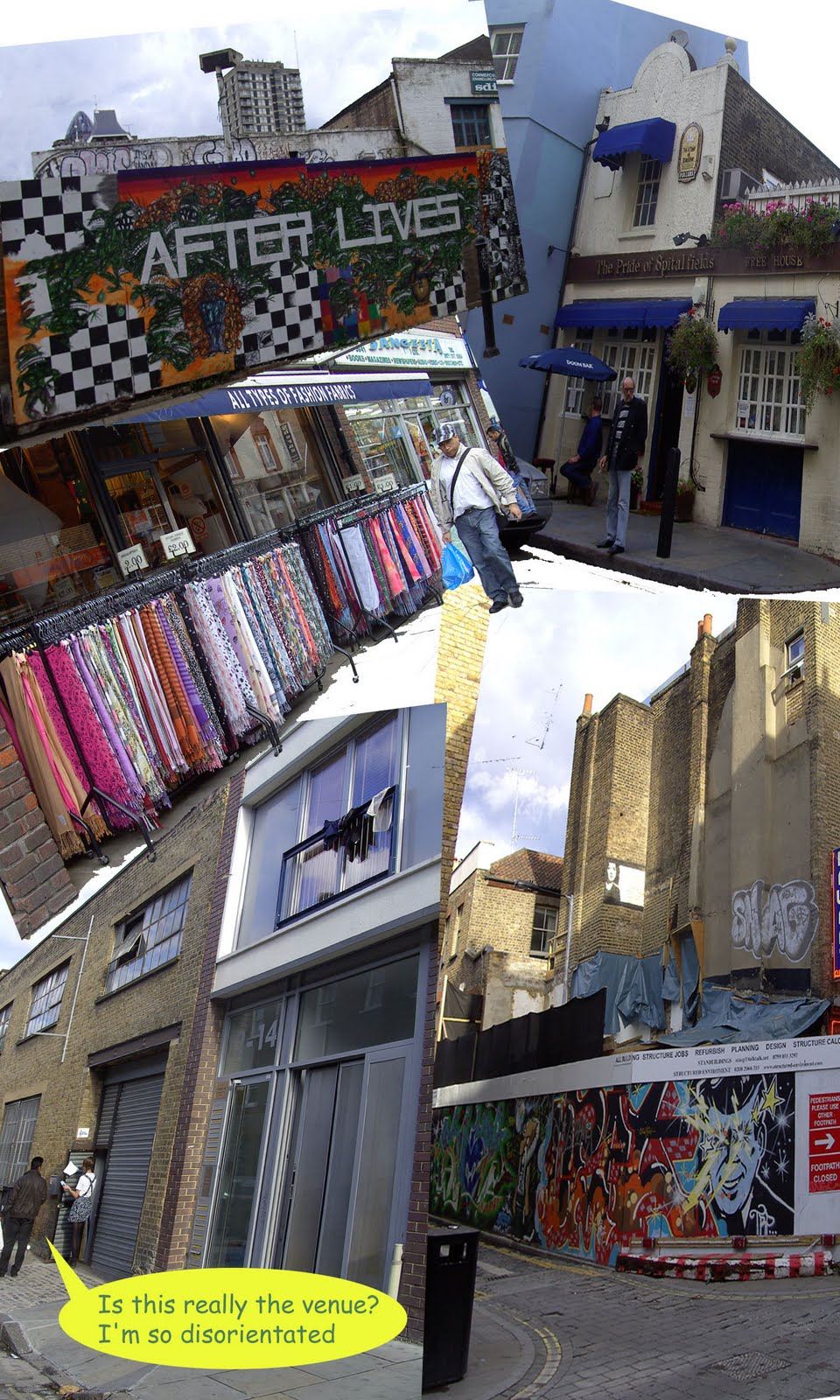 ….seemed to be the theme for the Laydeez this month….

Well- we had two laydeez and one gent from Brighton and

…we had two gentz and one laydee with work derived from diaries. 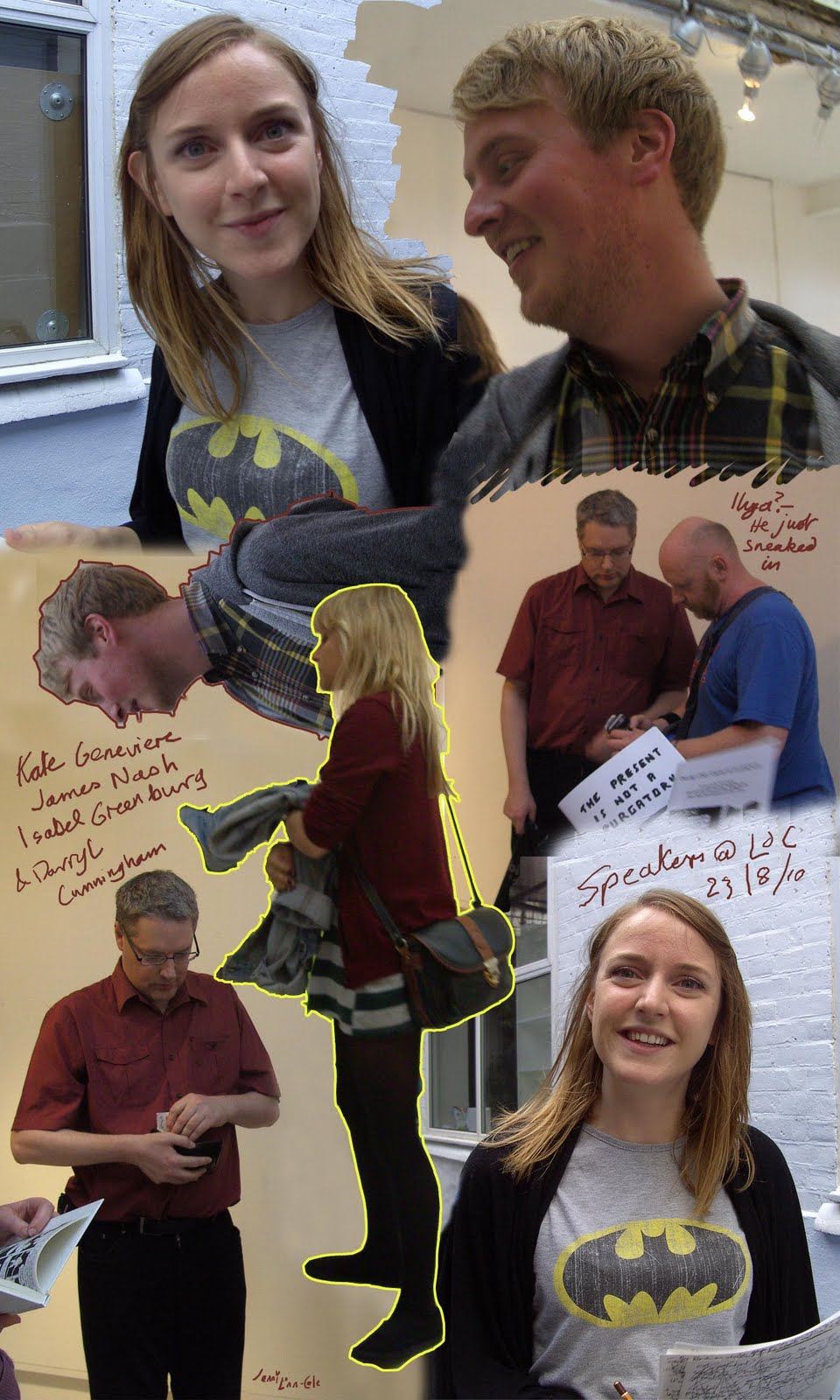 First up was Kate Genevieve presenting a wonderous event in Brighton that involves projecting film/animation onto buildings.

Last year’s theme was future. This year’s is dream experimentation. And there is a call out for submissions for film/ animation and comics ideas.

As she spoke I started to think of ideas to submit myself….Got to involve Brighton, dreams and a tentacle!…

Apparently Kate worked as an animator. She taught herself 3DSMax in the comfort of her own home and survived. Me, I fried my brain learning XSI (another 3D animation program). So she has my respect as these programs are really complex.

Next up was James Nash who kept a daily diary for the last 6 years. This stemmed from Uni (in Brighton) to assuage the heaviness of the course that he was on and to reclaim a sense of his own style and abilities. Some of it he described as ‘mad old crap’ & ‘bits of depression’

He used it to contend with his father’s depression and found the whole process quite therapeutic. He started publishing as a blog. Initially people didn’t get it but gradually he started getting appreciative comments as they could identify with it. This included posts from people posted in Afghanistan.

This has generated work for him including a childrens project in Solihul.

You can find his work at: jamesnashlovesyou.com

Our final Brighton connection is another Brighton graduate: Isabel Greenburg

In her first year a project was set to fill a page a day in a sketch book. She continued this idea on as a diary and published it on line though I’m not sure that that included her ‘winter of discontent’- where she got depressed. The diary continues – at present in a most curious concertina sketch book.

Aside from this she presented her P.T Barnum project- just check out her website.

Darryl has worked for years in mental health as an unqualified carer. Eventually he decided to get qualified but it all went pear shaped. He couldn’t cope and had to quit just over half way through. This led to depression and work complications. But through out this he kept a diary. Darryl had produced some small press publications before and started a blog. His work experiences started to come into his blog. This caught the eye of Kenny Penman who runs Blank Slate publishing who approached Darryl to produce Psychiatric Tales. And now Bloomsbury are seeking foreign publishing rights. Maybe Darryl can leave his underpaid carer’s job soon.

Darryl has no connection with Brighton. He lives in Yorkshire and hasn’t lived anywhere south of Watford Gap I gather.