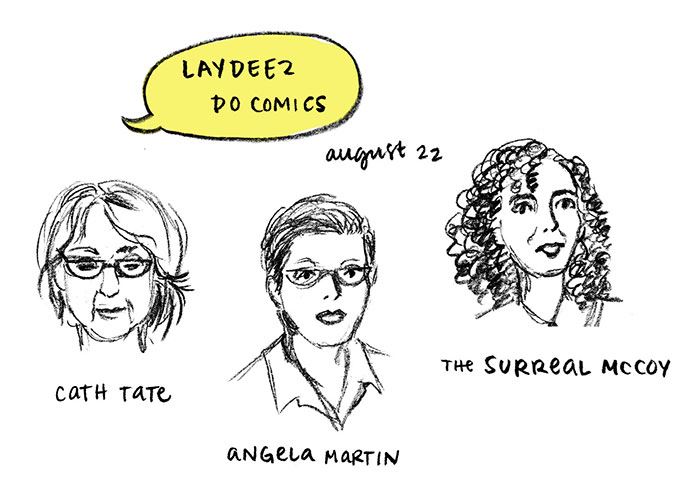 Hi there! It’s Lana Le here, and I’m chuffed that Rachael Ball asked me to be Laydeez Do Comics’ guest blogger for August 22’s meeting at Gosh Comics. (Though I may have hinted a bit when I doodled the previous speakers and posted their faces + quips on my online sketchbook.)

Last week’s speakers : Cath Tate, Angela Martin, and The Surreal McCoy are all women cartoonists who use humour to comment on social issues, politics or current affairs. “I saw humour as a weapon.” said Angela Martin, describing cartooning as perfect for someone like herself, who likes to draw and is opinionated, but is too scared to be a stand-up comedienne. 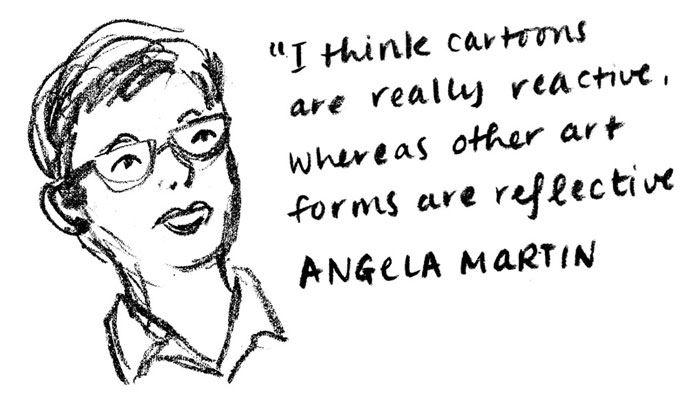 Angela had studied textile design, but was inspired by a Claire Bretécher cartoon, in the Sunday Times Magazine about what women do on Sundays, to write her dissertation on women cartoonists. This led to creating her own cartoons, which were later produced as cards by Cath Tate and Leeds Cards. 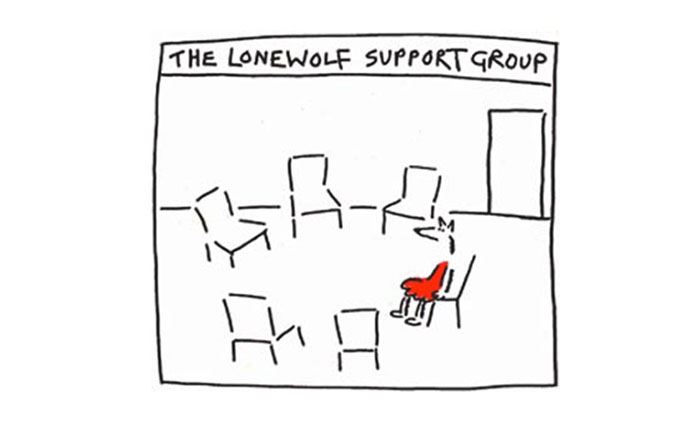 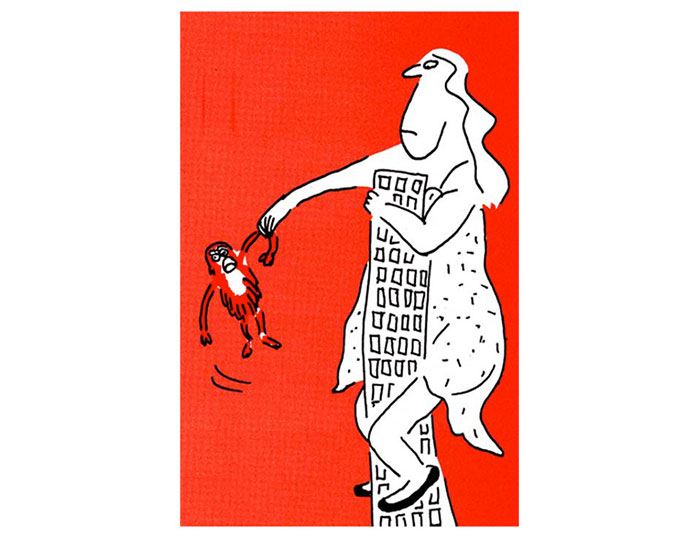 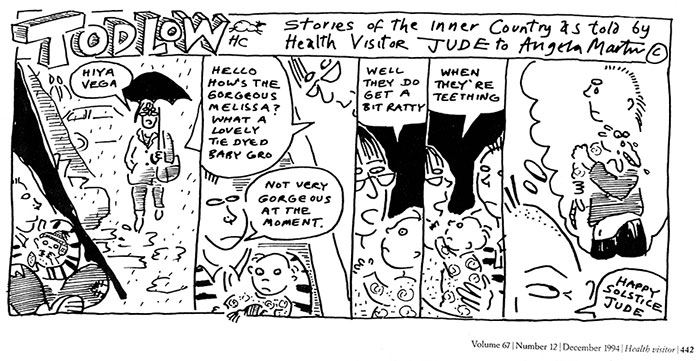 Cath Tate’s postcards began as mini protest posters against nuclear weapons and anti-homosexuality clauses. Originally Cath used photo montage, a technique she learned from Peter Kennard, and sold her postcards at alternative bookshops. She didn’t shy away from politically-charged topics such as reproductive rights or equality for women in the workplace. 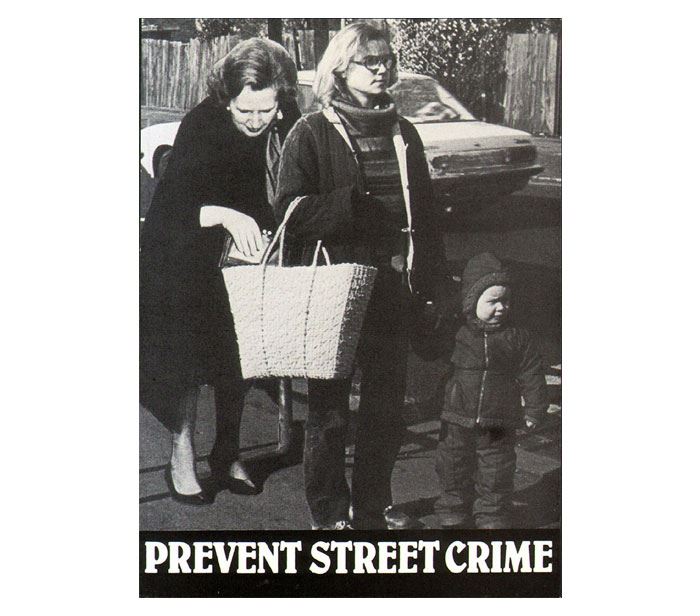 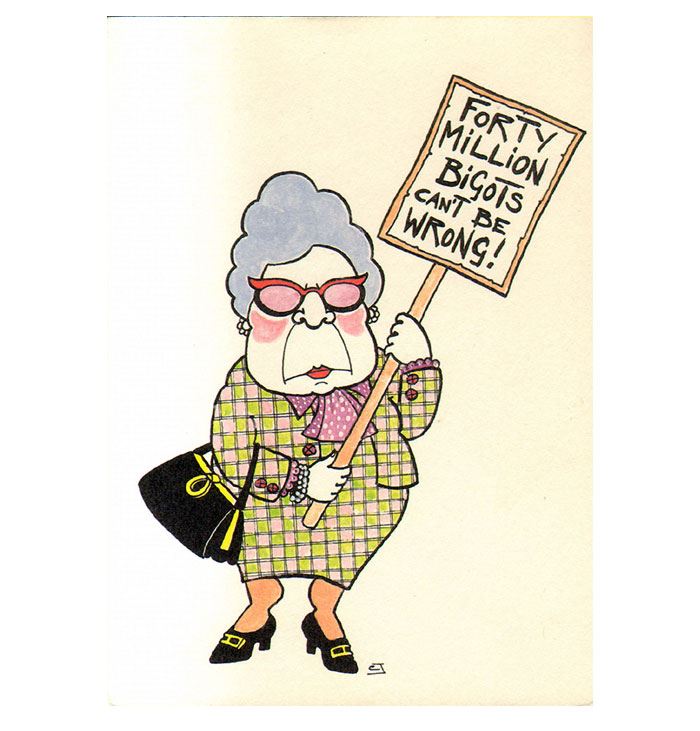 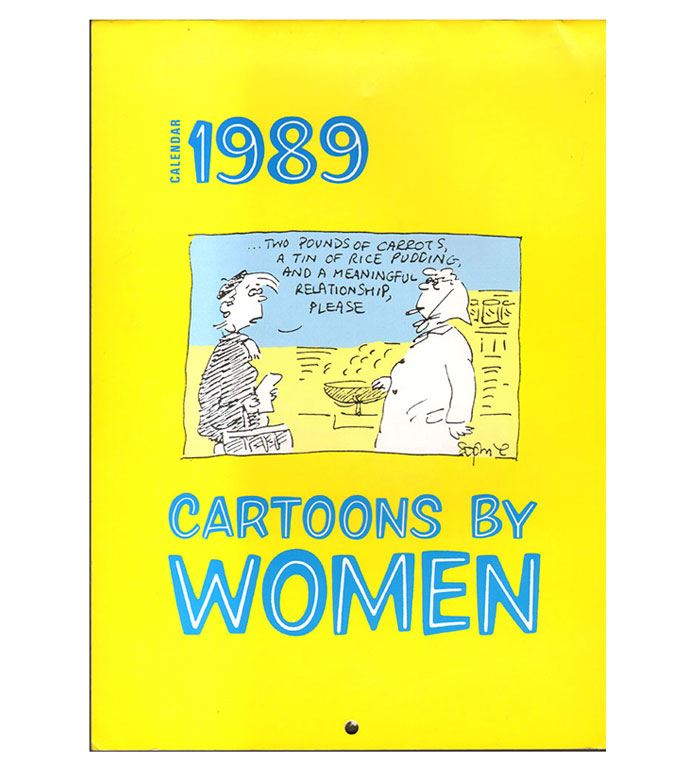 Cath later expanded to calendars, Christmas cards, and a series of Fanny comics, a collaboration with Carol Bennett. Today Cath Tate Cards are greeting cards instead of postcards and are sold online and in bookstores. 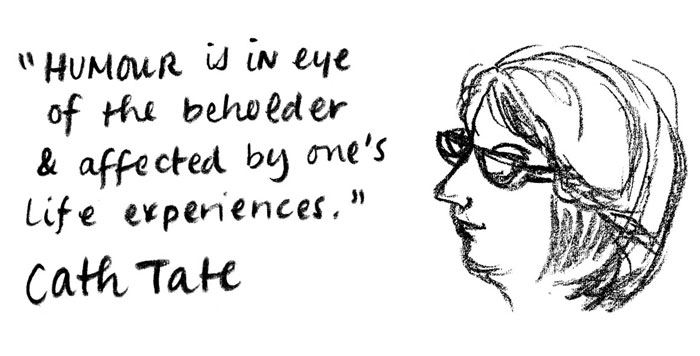 The Surreal McCoy (TSM) introduced herself by adding “You can call me ‘The.’” A self-proclaimed “gag artist”, TSM (I never learn her real name) tells us that it’s essential to know a little about a lot to be funny. 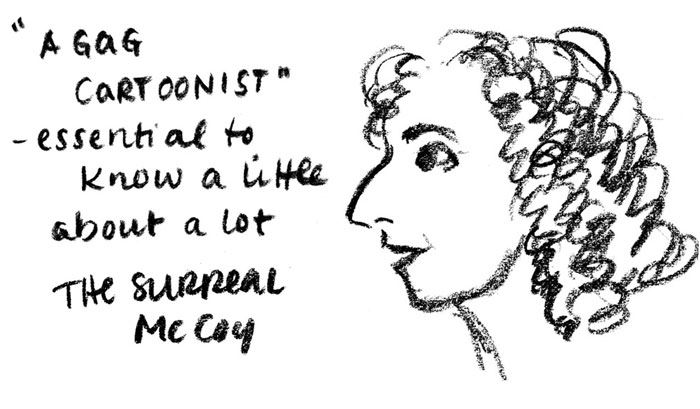 TSM, actually a musician who became an “accidental cartoonist” when she doodled while travelling on tour busses and it led to a second career when they started getting published in magazines and newspapers such as The New Yorker and Sunday Times. “I wish I could’ve chosen a more sensible second career like accounting.” 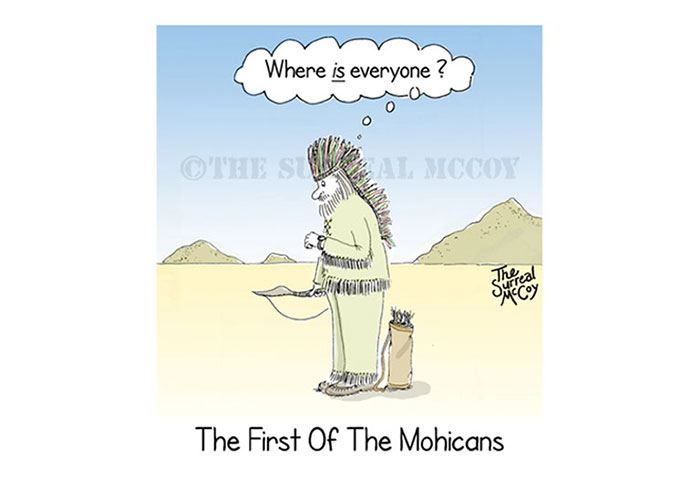 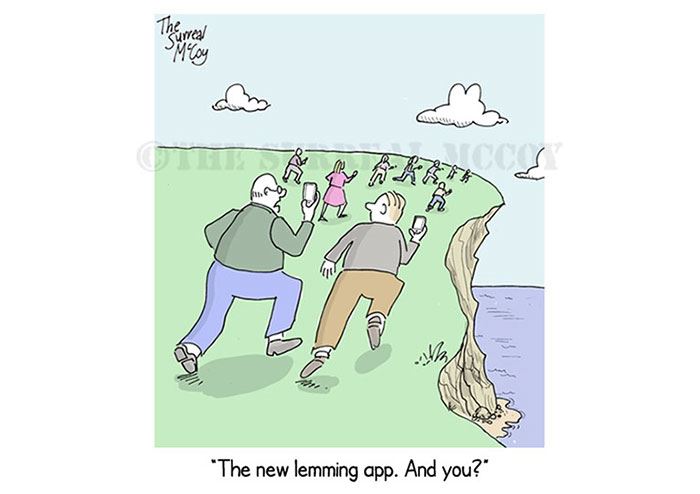 Catch The Surreal McCoy doodling in public at The 1066 Country Cartoon Festival in Hastings on 16 October.

Next year, see more of all of their work in Cath Tate’s passion project at the Cartoon Trust — an exhibition showcasing the work of women cartoonists from its beginning to the present. We can’t wait for another excuse to celebrate Laydeez Do Comics.