Guests this month are

MK Czerwiec aka Comic Nurse (nurse and comic maker). She also  co-runs GraphicMedicine.org, a website devoted to the intersection of comics and health. MK will be talking about two of her books Taking Turns: Stories from HIV/AIDS Care Unit 371 and  Menopause: A Comic Treatment, as well as musing about how comics can challenge isolation and stigma, thereby creating and supporting community. 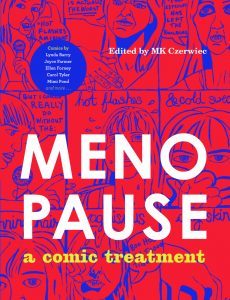 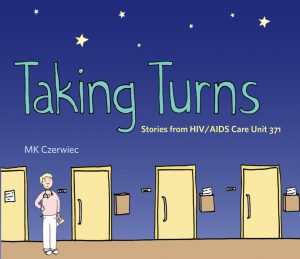 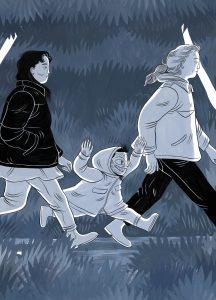 Anne Mette Kærulf Lorentzen is a danish graphic novelist and architect, based in Copenhagen.

She will be talking about her graphic novel When I Came Out (SelfMadeHero, 2020). First published as in Danish  Skamlebben (Cobolt, 2018).  Its a autofictional work dressing personal anxieties about coming out later in life and documents her jump from a safe, well-established, heteronormative, middle-class life to living openly as a lesbian. . In 2019 it was long listed at the Ping Award and the Claus Deleuran Award and won the Zulu Rainbow Culture Award.

Anne Mette also works as an LGBT+ activist in the organisation Female Oxygen, funding to organisations throughout the world. 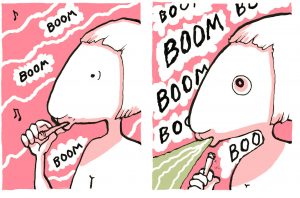