This month we are delighted to welcome guest speakers

Guests this month are:

Her debut title The Story of Lala, is a collection of heart-warming stories about everyday life and daily struggles based on her personal experiences and life in Jakarta.  Sheila’s love of Jakarta has given birth to many urban sketches and comic collaborations with other artists. She has won several awards including -2013 Second Golden Winner Kompetisi Komik Indonesia 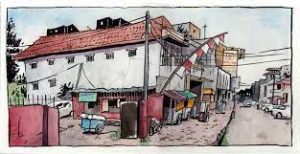 Aimee De Jongh is an award winning Dutch cartoonist, animator, and illustrator. Her books have received the Prix Saint-Michel, the Atomium Comic Strip Prizes and the International Manga Award. Her graphic novel’s include ‘Blossoms in Autumn’ and ‘Days of Sand’ Edition 1 and 2 (previously published in France. The English Edition of ‘Days Of Sand’ will be published by SelfMadeHero in April this year. 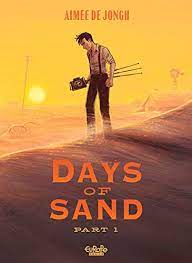 Darryl Cunningham is the award-winning author of Psychiatric Tales, Science Tales, Supercrash: How to Hijack the Global Economy (a New York Times bestseller), Graphic Science and Billionaires, which won the Best Graphic Nonfiction category in the Broken Frontier Awards 2019. And his most recent book Putin’s Russia was published by Myriad in September 2021. 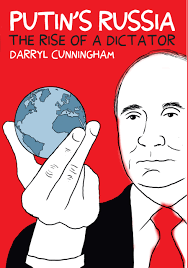