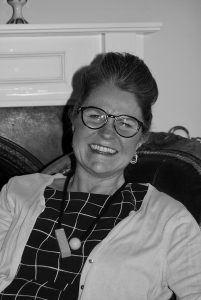 is an anthropologist-turned-illustrator and comics scholar. Her graphic memoir Billy, Me & You, published by Myriad Editions in 2011, is the first long form graphic memoir by a British woman to have been published and was awarded Highly Commended in the Popular Medicine category of the British Medical Association Medical Book Awards 2012. Her AHRC-funded PhD on a cultural history of feminist cartoons and comics in Britain from 1970 to 2010 from the University of Sussex informed her co-editing of  The Inking Woman (2018,Myriad Editions). Her book UK Feminist Cartoons and Comics: A Critical Survey will be published by Palgrave Macmillan in 2020. Since 2014 she has lectured at universities including London College of Communication, University of the Arts London, Kingston University and the University of Sussex.www.streetenillustration.com
contact: nicolastreeten@yahoo.com
@NicolaStreeten
Insta: nicolast.reeten