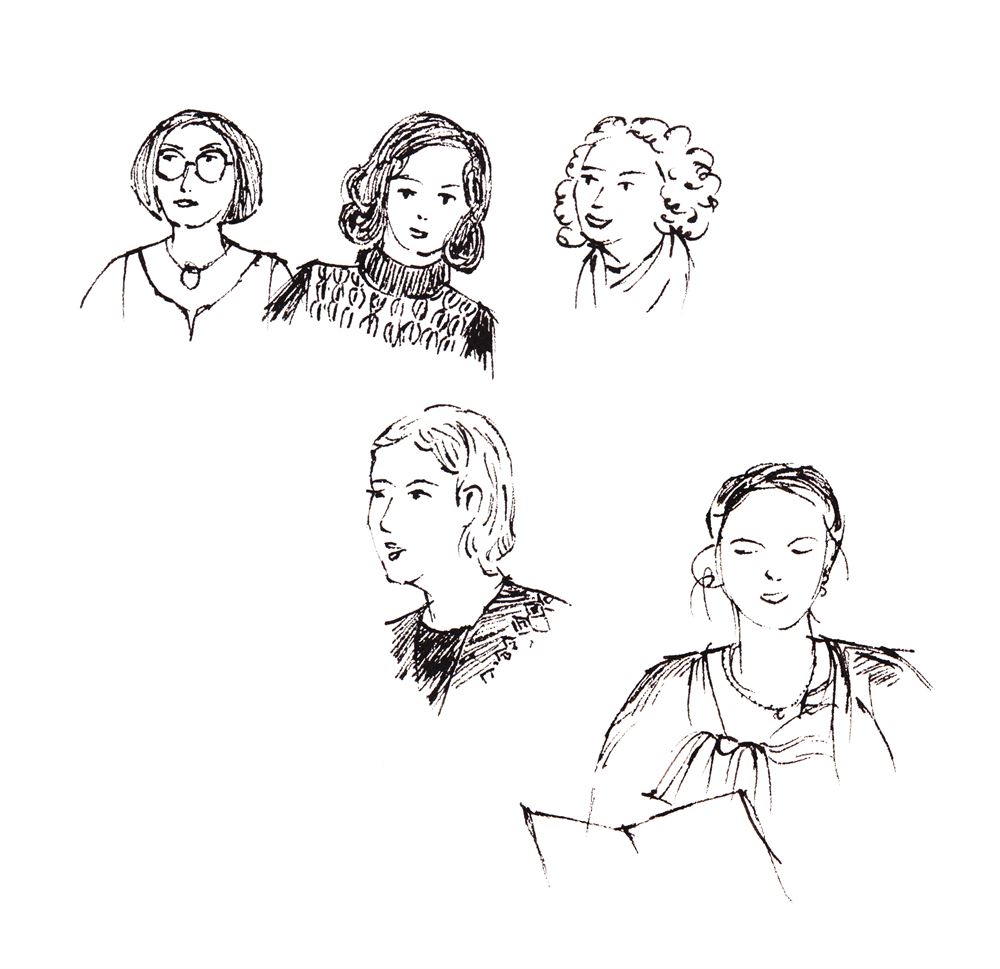 I was really happy to finally make it to a Laydeez Do Comics event. Both speakers did great talks and showed work which I found really different and inspiring.

Ottilie gave an introduction to her personal practice, followed by a look at her recent publication ‘Talking To Gina’. For me Ottilie’s style felt very organic, both in the sense of developing naturally from her personality, and also being homegrown and feeling very ‘unplugged’. The drawings I saw used dip pen or fountain pen, with handwriting and some colour pencils and watercolour worked in. They had the quality of a quick sketch when you’re trying to get a point across to somebody, but at the same time had a real emotional depth.

Ottilie uses a graphic novel type format to create diaries which record and explore the worries and ups and downs of her life, for example lying awake thinking something over and over. They felt very lively but also gentle, with a real warmth. Her latest book looks at her buying a rescue dog and how she came to be very close to it, and how it sadly died unexpectedly. I was able to look through a hardcopy at the end and it was very touching, the narrative addressed directly to the dog, in the manner of a conversation. I felt like reading it would have been heartbreaking, her way of working left no barriers between you and the subject matter.

Emma Burleigh’s work was also concerned with her inner world and concerns, and her personal relationships. The book she focussed on during the talk was her work-in-progress graphic novel, which is based around her search for and re-union with her birth mother, who gave her up for adoption at a young age. Her style featured more multi-layered watercolour images, with the ink spreading and bleeding, Emma said she enjoys the ‘the mercurial, ephemeral and nebulous’ qualities of the medium. She felt that its shifting nature was great for exploring traumatic images. During the Q & A the point was raised that Art Spiegleman had used comic strip style boxes in his Maus narrative to keep the powerful and disturbing themes at a distance, while she chose let her pain and anxieties out onto the page uncontained.

Emma uses direct representations together with more abstract symbolism and surreal imagery, in some cases creatures which draw on myths and legends. These historical references are developed further in the text, for example looking at the facts behind story of Pandora’s box (which was originally a jar). Emma counts artists Emil Nolde and Charlotte Solomon and illustrator Edmond Dulac as influences.

In Emma’s case the Pandora’s Box had a very personal resonance. She’d discovered a box in her house with items relating to her adoption, little details about her original identity and that of her mother. Returning to this theme during the Q&A, Emma said she felt that the finished graphic novel may turn out to be another kind of Pandora’s box, this time for her birth mother.

Both these speakers gave me a great insight into the way that the graphic novel can be used to help come to terms with and perhaps help others with difficult life experiences, and the potential that different ways of working have to capture our thoughts and feelings. I would recommend checking out their work to learn more.