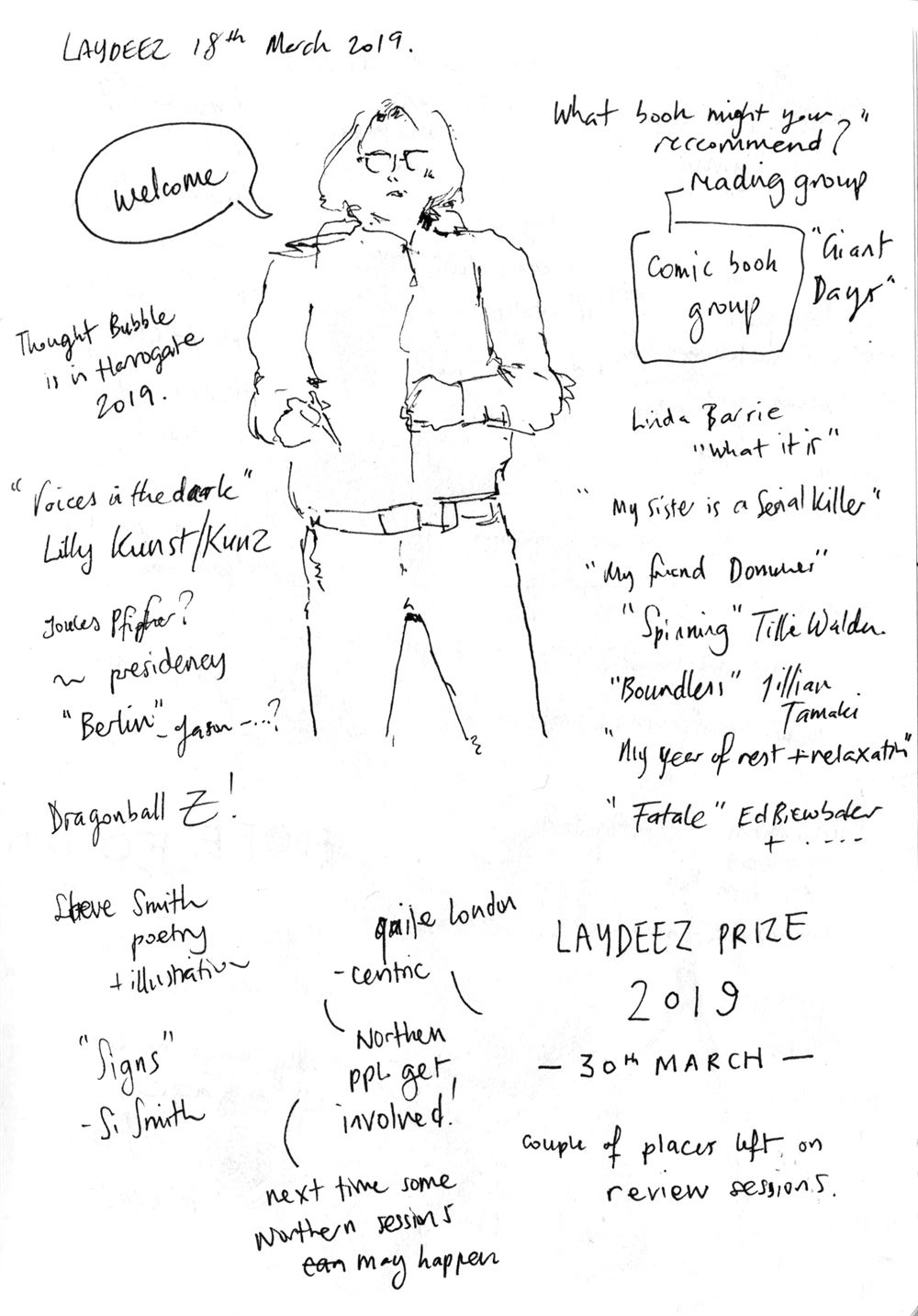 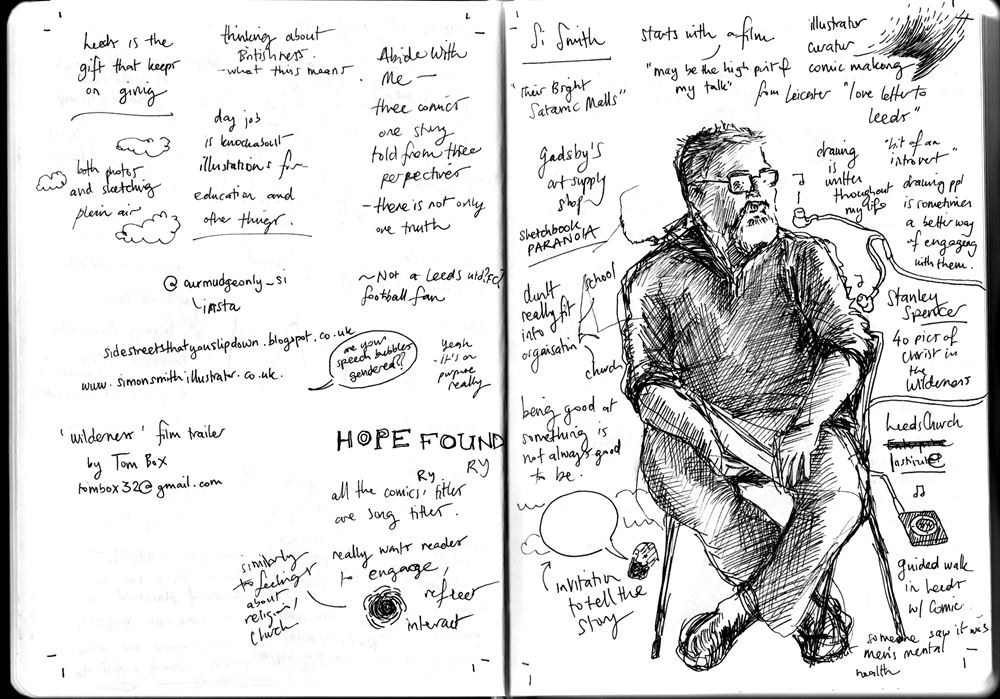 Si Smith is an illustrator and comic-maker from Leicester who now lives in Leeds making really beautiful stuff.  I got a bundle of three comics called ‘Abide With Me’ (one story told from three viewpoints) and had a good cry.  He ties much of his work in with already existing music – some of his comics have suggested playlists to listen to while you read.  Si spends a lot of time sketching people while out and about, and many of these faces will eventually make it into his comics.  His sketches of people really are gorgeously observed.  Have a good gander at his rich blog: 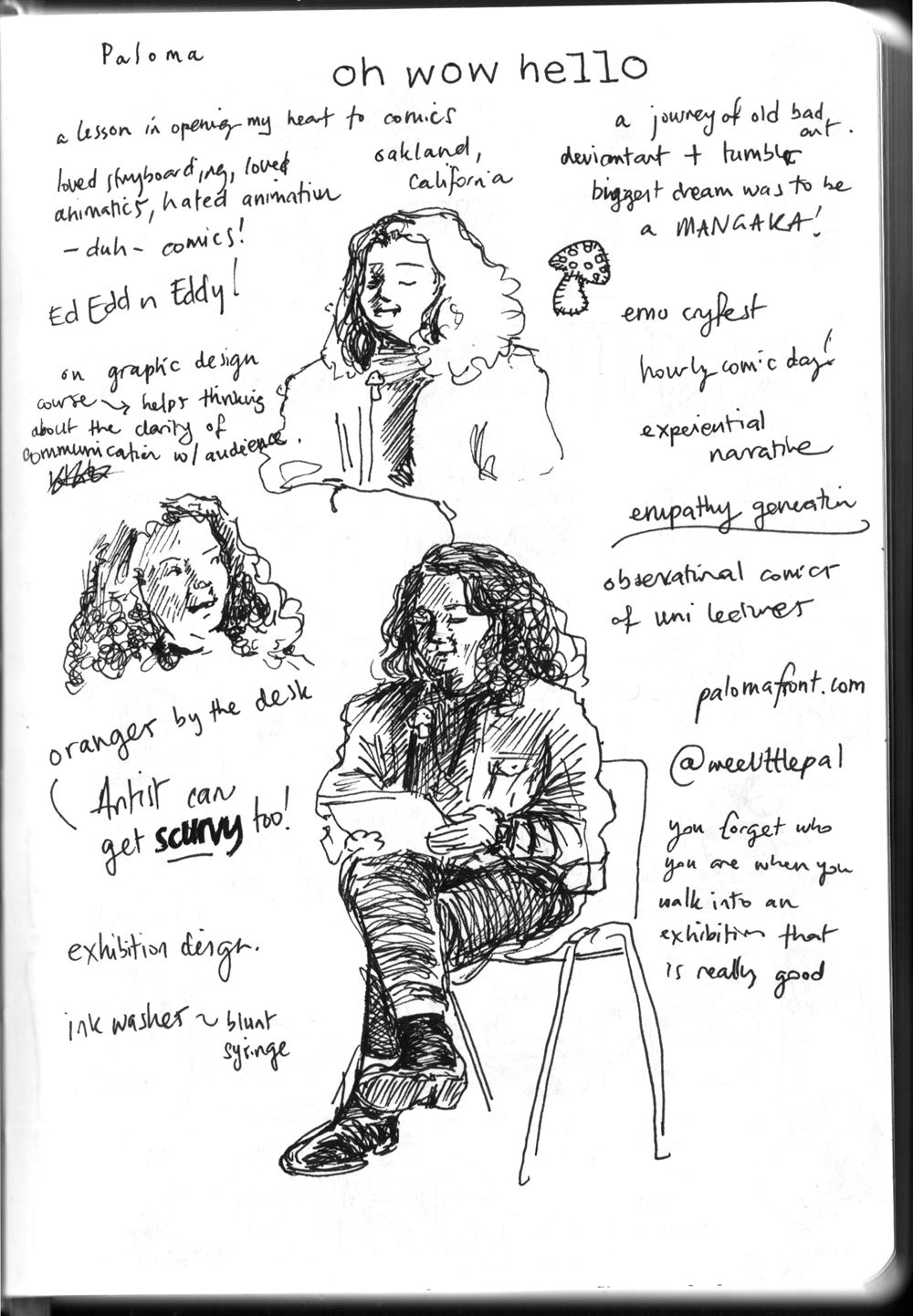 Paloma has moved to NORTHERN ENGLAND from CALIFORNIA.

She is currently in her third year of a graphic design course in Leeds.

She is extremely funny, talented, and has good taste in all things comics and cartoon -related.  You will want to monitor her progress (in a non-scary, supportive kind of way).

Make sure you check out her hourly comics!