Leeds. Jan 2014. My first ever Laydeez Do Comics meeting. I jumped on the train in Manchester – my heart aflutter. I am new to the world of graphic novels. I am a little bit frightened; I am a whole heap excited.  My name is Sui Anukka. I am writer. I am currently developing MIRA – a comic about a female, Asian Superhero saving the day in Manchester. 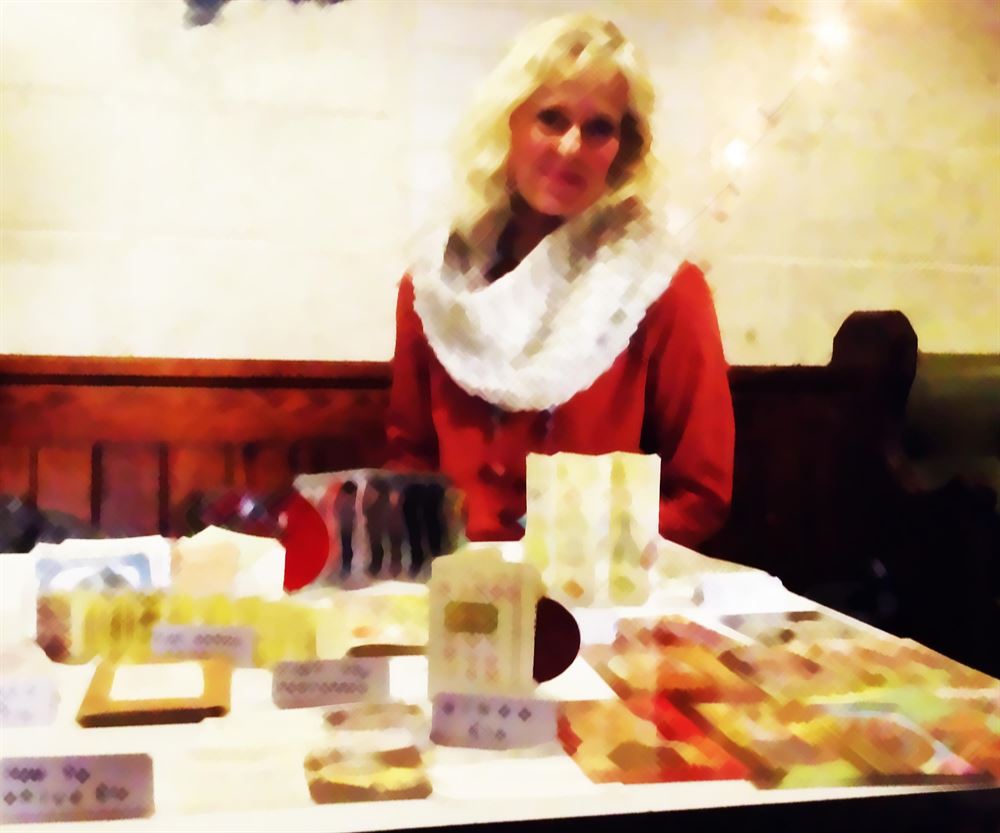 JOANNA WILKINSON shared her influences and gave us an insight into her creative process when producing her exquisite, limited edition micro books (Zines), including  ‘Oranges are the only fruit’, ‘Bingo Voyeurism’ and ‘The Lady Garden Book of Holes’.

A bit about Joanna:  She is the daughter of a Vicar. She is half-Scottish. She grew up in Cumbria – spectacular views, but not a great deal to do. Life was austere. Her mum had strict rules about the television; no tele before 4pm = lots of time to for reading, drawing and flights of fancy. Little Joanna used to make her own comic strips and books. Joanna has a sister.

Early influences: Beryl the Peril, The Orr Wullie comic strips from The Sunday Post (The Scottish paper), The Family from One End Street and Posy Simmonds.

Joanna’s working processes:  She draws – a lot, experimenting with line, with capturing the moment at speed – in the car (when being driven), at the theatre. She keeps all her sketchbooks, building up a visual library. She takes over the kitchen table. She becomes obsessed the project at hand – the housework is ignored.  She collects ephemera uses household found objects – scanned.

Joanna brought a collection of her work for us to look at. To attempt to describe them is to do them a terrible injustice. They need to be picked up, held, touched and explored.  Each piece is a visual treat.

Oranges Are The Only Fruit: The basis for Joanna’s first Zine was the tissue papers used to wrap supermarket oranges in Italy. With their vibrant colours and screen printed logos, to Joanna, they are things of beauty.
Bingo Voyeurism developed out of a series of sketches done with friends at a Bingo Hall in Brighton. The characters she observed are collaged, drawn and interwoven with images inspired by bingo calls.
How to drive emerges from sketches done whilst a passenger in a car. Images are meshed with lyrics of the tunes played in the car.
Gabriella and Orlando is a more straightforwardly narrative based piece. A couple fall in love. The postcards and letters they send each other form the basis of the book. Their relationship cannot continue as they are both married to others, but their love transcends. They arrive at the astral plane in animal form, an owl and a pussy cat, and here they continue to love.
A Chronicle of the Last Journey records the final days of Joanna’s parents’ lives. Joanna undertook this project as part of the sketchbook project. It is a visual meditation on how we deal with death and dying in this country. http://www.sketchbookproject.com/sketchbookproject
The Lady Garden – The Book of Holes was triggered by memories of drives and walks with Joanna had made with her dad, when each member of the family would be given a polo mint, and they would have competitions to see how long they could make the polo mint last. Joanna riffs on the idea of circles and holes. The book is (literally) full of holes – 230 to be precise—smelling holes, looking holes, halos, sound holes, milk holes, cake holes. 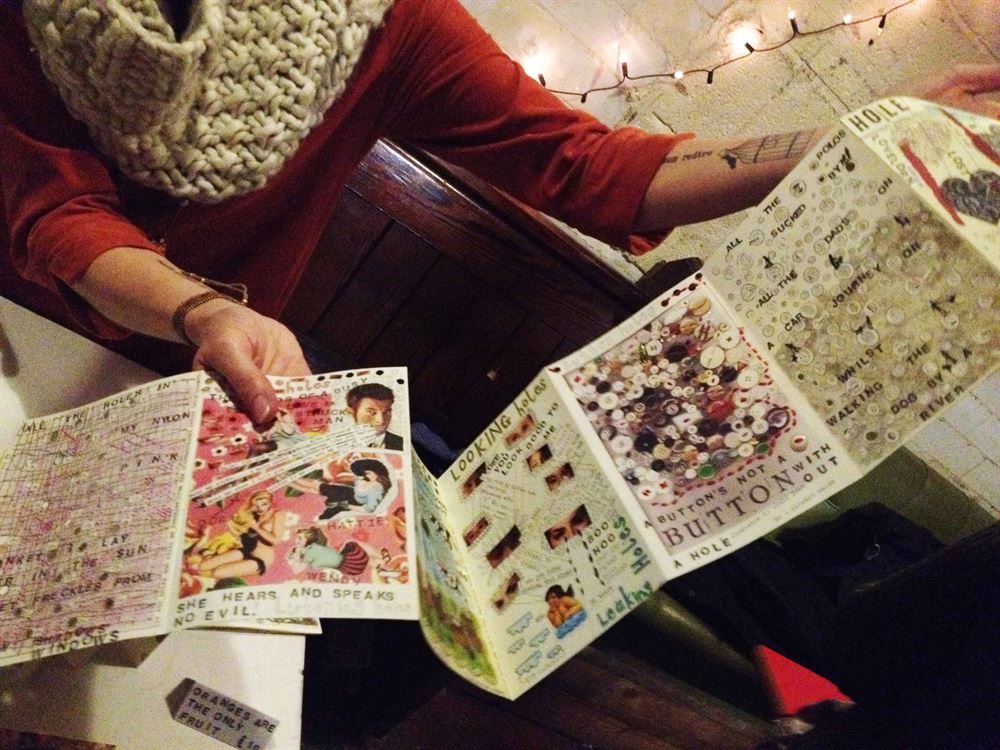 JAMES MCKAY introduced us to Dreams of a Low Carbon Future a graphic novel that highlights issues around energy use and climate change.

James McKay is a comic artist. He illustrates for 2000AD and works on the science fiction title Flesh. He describes his work there as sometimes being ‘very blood thirsty and adolescent, but also it’s really fun.’ His day job, however, is as the manager for the Centre for Doctoral Training in Low Carbon Technologies at Leeds University.

How did the Dreams of a Low Carbon Future project come about?
Royal Academy of Engineering runs an initiative called Ingenious, which is set up to support projects that enable scientists and engineers to communicate their research and findings with the General Public. The Centre of Doctoral Training in Low Carbon Technologies in Leeds received £30k funding from the Ingenious scheme in April 2013 to produce a graphic novel about climate change and to distribute 5000 copies to the public, at festivals and through schools’ workshops.

Who was involved in creating the graphic novel?

The resulting structure
When visioning the future, three themes emerged which shaped the resulting graphic novel:
1.   The vision of the bad future – where we get to, if we keep on going as we are.
2.   Good Future 1 – a technotopia in which humans have employed technology, at vast cost, to solve all our energy problems.
3.   Good Future 2 – a low demand utopia in which everyone has changed their behaviour to solve the environmental challenges.

‘The oldest task in human history – to live on a piece of land without spoiling it.’
Aldo Leopold.

‘Unless you change direction, you’ll end up where you are heading.’
Old Chinese proverb.

These two quotes, which are on the title page of Dreams of a Low Carbon Future sum up the governing ethos of  this project really beautifully.

Hannah, one of the Phd researchers on the project accompanied James in his talk. Hannah talked about how the project was very much about encouraging people to take ownership of the future and fostering the idea that changes can be made on a local and micro level. 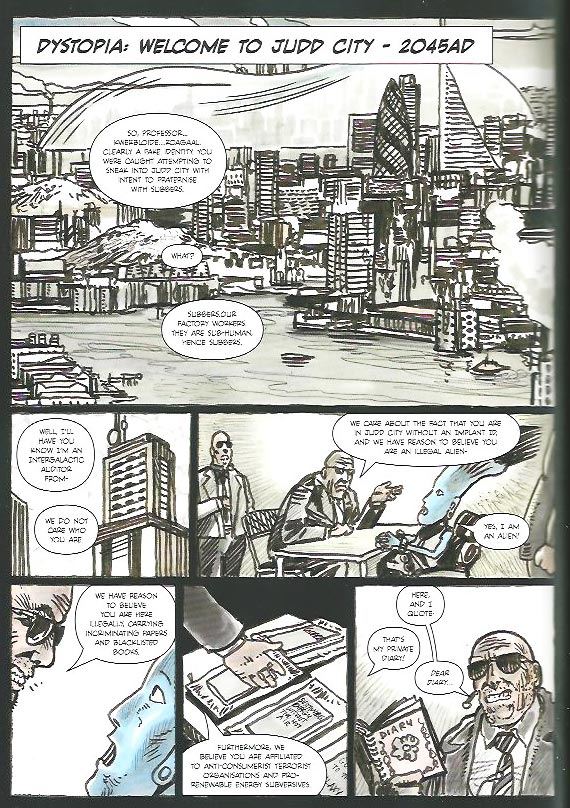 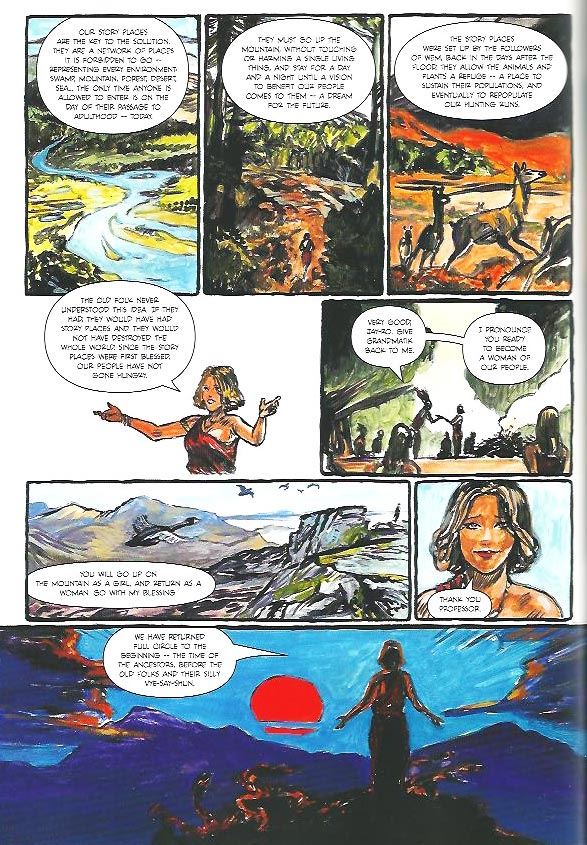 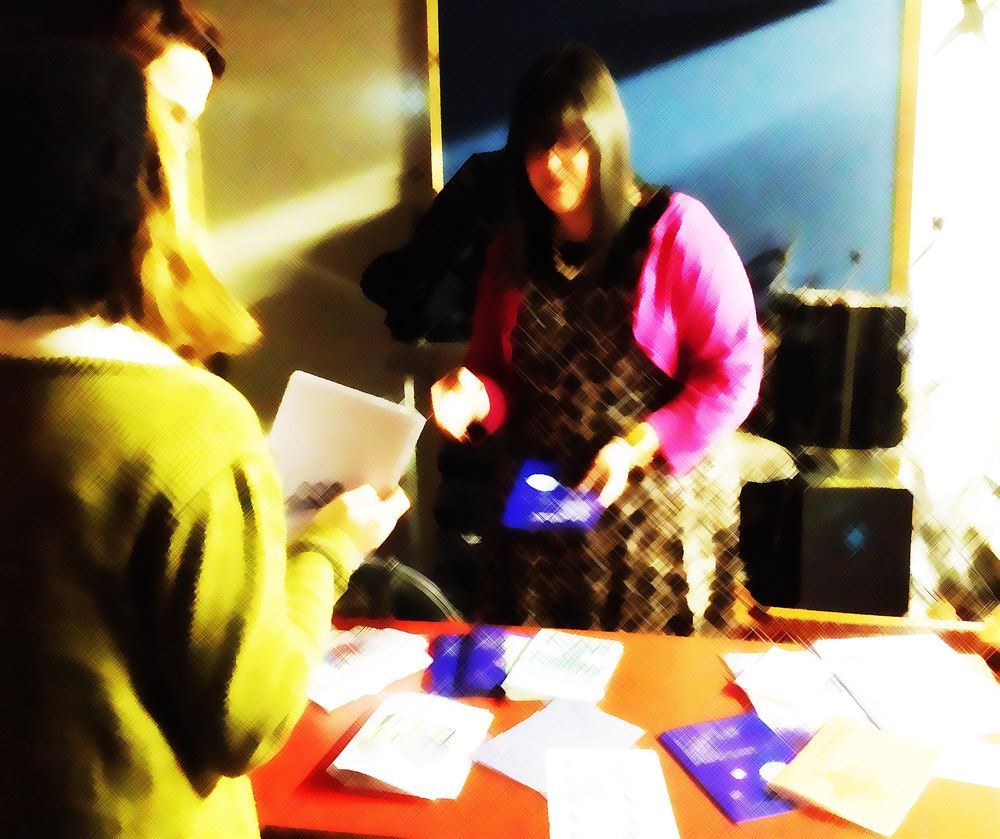 CHELLA QUINT @chellaquint
The final speaker for the night was comedy writer, performer, designer and artist Chella Quint, who talked about her work and passion for Zines. She also talked about the Sheffield Zine Fest – 15th March 2014. She has teamed up with Leeds Zine Fair to create her zinester dream festival, the Yorkshire Zine Weekender.

We were running a little over time, and I had to go catch my train back to Manchester so I sadly missed most of Chella’s presentation. Chella, I beg your forgiveness and hope that people will refer to the podcast to hear your full presentation.

Chella started her presentation with a really important point re. the correct pronunciation of the word ‘Zine’ which is ‘Zeen’ as is ‘Magazine’ and not, as some would have it, Zyne, or worse still, Zin. Correct all offenders. It is the least you can do.

Chella gave us a great introduction as to what a Zine is – cheap, fun and friendly; they are egalitarian. You don’t have to be a great artiste to produce them. They are for everyone.
I found the following slide, which Chella presented, a really useful guide to understanding the form. 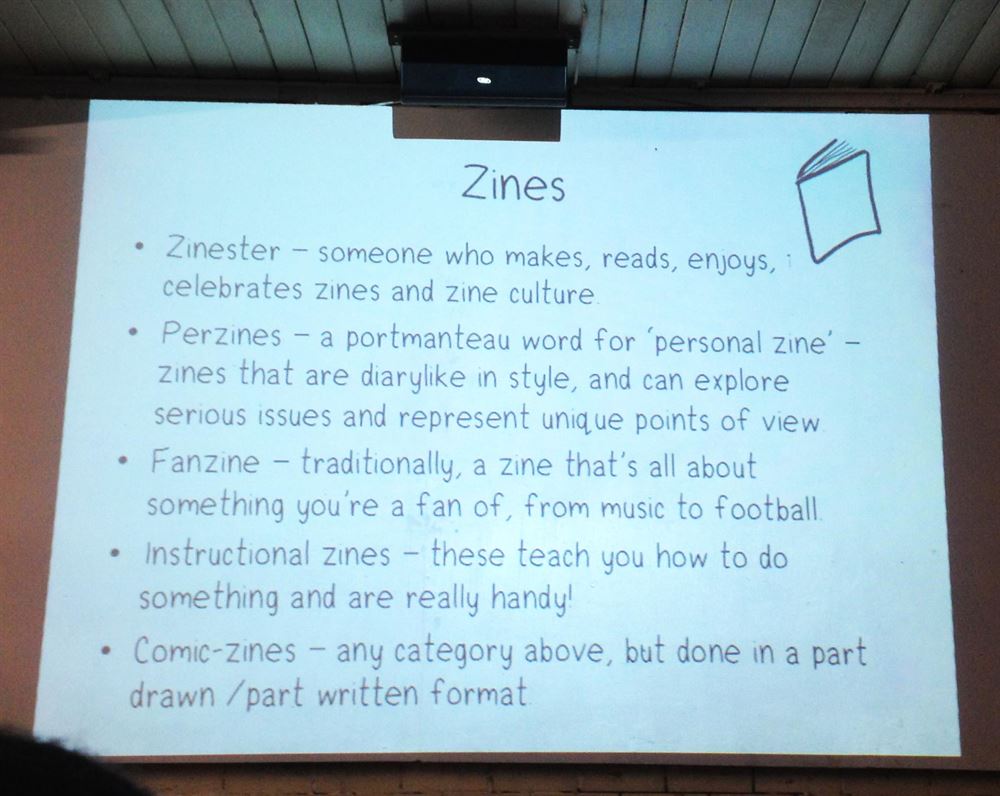 It was then time for me to leave….

Thank you everyone for a really informative, entertaining and inspiring evening.