My name is Eleanor Hollindrake and I am an artist from Bradford. I am fairly new to the world of writing and drawing comics but I am currently working on a couple of quirky all ages’ books involving plenty of fun and dragons. I have a Tumblr where I blog some of the things that I draw and I will be at the Thought Bubble convention at The Royal Armoires in Leeds this November,  so if you are there please stop by and say, hi.

The Leeds meeting for June actually took place in Hebden Bridge as part of the Hebden Bridge Art Festival. Louise Crosby introduced the evening and as there were a lot of new people at the meeting she started with a quick introduction to more autobiographical comics. 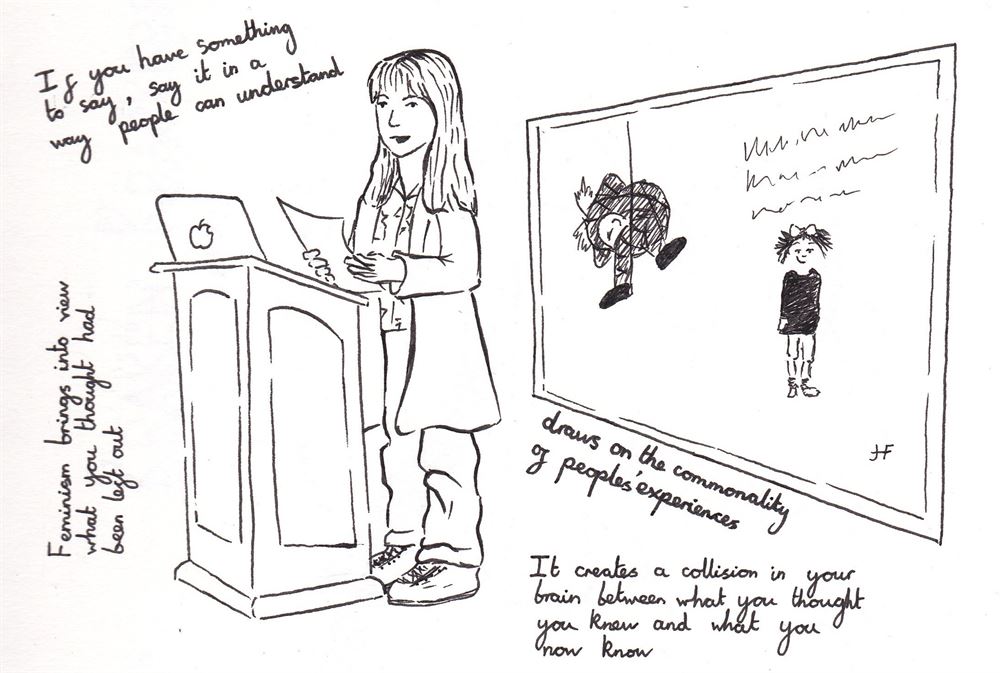 The first speaker was Jacky Fleming who is a feminist cartoonist known for her postcards and comic strips. She talked about feminism, and how she attempts to make it accessible through simplistic and humours drawings, which draw on people’s collective experiences. We were treated to some of her later political cartoons, which were more about politics in general, and a glimpse at a new project about science, inspired by viewing may documentaries about the “great men of history” and wondering where all the women where. 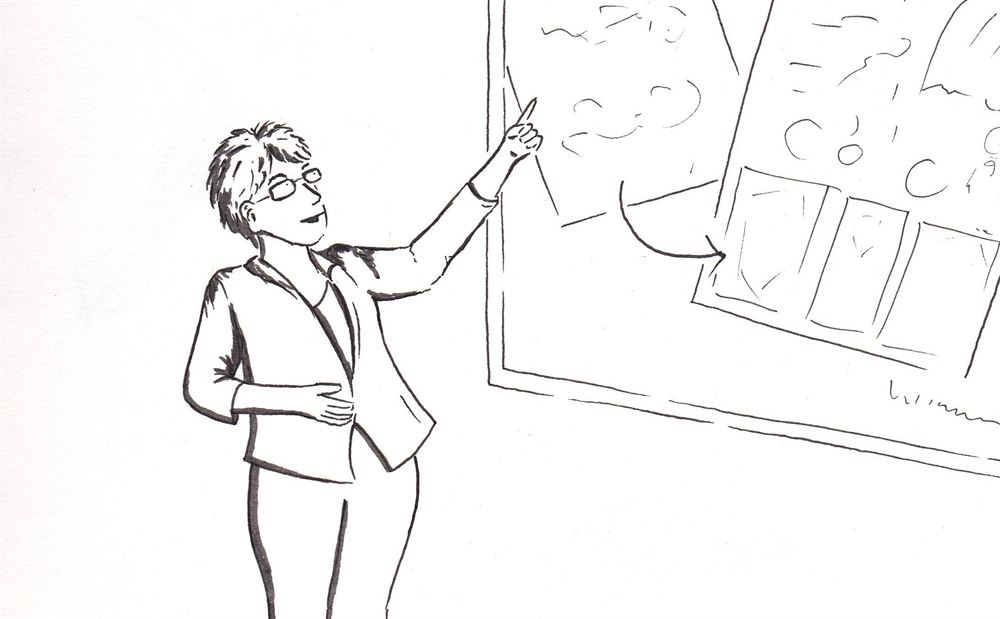 Second was Kate Charlesworth who talked us through the process of making her new graphic novel, Sally Heathcote: Suffragette, which she worked on with Mary and Bryan Talbot. Her talk fused on the artistic process from Bryan Talbot’s layouts, to sketches, through to the finished watercolour pages. Many things inspired the look of the characters and the portrayal of the suffragette movement, both from historical research, as well as their portrayal in TV dramas and other media. She talked briefly about the use of colour, how the colure builds as you progress though the book and also how important it was for Sally’s character to be recognisable on every page and so has red hair.

She finished with a short overview of how she originally became involved in comics and cartooning through the LGBT press, drawing and writing about things she believed needed to be written about. It was an interesting look at comics tackling topics which were not talked about in the general press.