The June meeting featured two renowned artists, Bobby Baker and David Small.  Baker is the author of Diary Drawings: Mental Illness and Me (2010); Small, the author of Stitches: a memoir (2009). 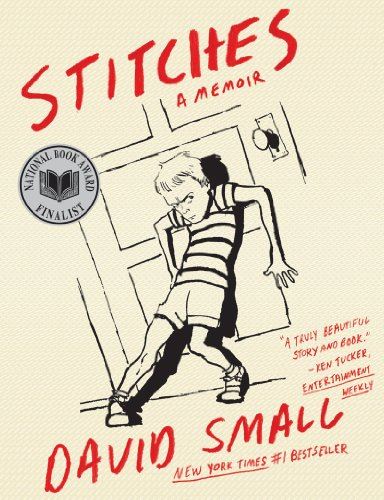 Small’s presentation began with an eleven-minute trailer that he called a “short film for an almost wordless book.” The film focused on several episodes from the memoir, beginning with the child David drawing– “I was six”—and ending with his adolescent self—“I was fifteen”–on the verge of entering therapy with a shrink fashioned in the body of an Alice in Wonderland rabbit. This is not the end of the memoir; and for those who have not read the entire memoir, don’t think you’ve gotten the story in the trailer. Book trailers are always a tease and Small’s is no exception.

The memoir turns on a surgery to remove a cancerous growth on the neck performed on the adolescent boy that cut his vocal cords and left him without speech. Nonetheless, Small specified that his was not “a cancer survivor story,” but rather a “book about silence”–even if he ultimately regained his ability to speak. And indeed many pages of the memoir are filled with drawings that tell that story in haunting clarity without a single speech or thought bubble.

Small described the challenge of producing a memoir many decades after the traumatic event that had shaped his life. He wanted, he said, to revisit the past in order to heal the six-year old self still inside him from the perspective of an adult who had benefited from psychotherapy. “I wanted to empathize with myself,” Small said; and as an illustrator, reconstructing the family system that had caused such severe suffering in graphic form seemed a natural way to recreate his childhood world. By reimagining family members in their setting, sometimes using photographs taken on return trips home to verify the scene of the crime, Small succeeds in coming to terms with a painful and shareable history. 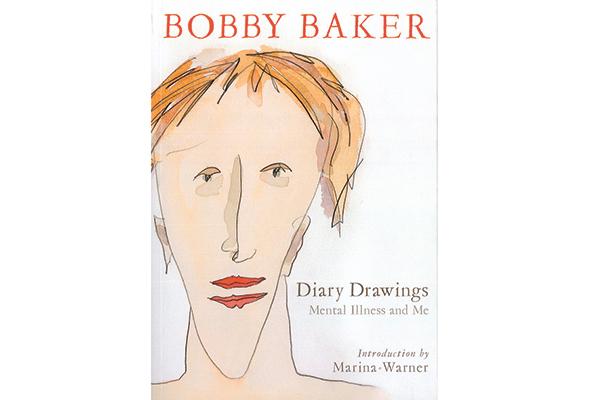 Bobby Baker introduced herself by saying that despite the spelling of her name she was a woman. Tall, striking and blond, completely recognizable from her cartooned face (her first self-portrait) on the cover of Diary Drawings, BB (as the introduction refers to her) is currently the Artistic Director of Daily Life Ltd. (www.dailylifeltd.co.uk), a newly funded project.

The drawings, in glowing water color (Small’s images are in black and white),

were composed on a daily basis during psychiatric treatments that began in 1996 when BB was diagnosed with borderline personality disorder. The drawings are both real and surreal, literal and metaphoric—the self-portrait on the cover shows a woman with two mouths—and they trace not only BB’s long struggle to heal herself, but also the conditions that prevail more generally in therapeutic settings for the treatment of mental illness (she cited 43 admissions of her own to psychiatric centers—a staggering number). A selection of the 711 drawings was exhibited at the Wellcome Center in 2009, and a smaller number (some captioned, some not) are reproduced in the book. The published volume also includes brief summaries of 16 “stages” that provide an explanatory narrative of the events represented.

BB emphasized the link between the twists and turns of her particular experience and the common experience of other patients. Drawing number 86, she said, was a turning point in her trajectory. In this drawing, which captured a stay at a center called “The Haven,” BB has arranged a layering of selves in a kind of calendar of suffering—a series of days in which images of a woman stretched out flat, supine or prone, screaming or expelling flows of blue and red fluid, are stacked one above the other. When her therapist saw this image, BB said, he asked whether he could show it to colleagues because it seemed to summarize the kind of mental suffering shared by others in her situation.

The book closes with drawing number 711, dated 25 August, and titled “The Daily Stream of Consciousness.”  This image is framed by the announcement “Beyond the Stages”—September 2008-. Here BB has drawn a joyful self-portrait, this time with one mouth, a colorful and playful proliferation of tiny figures depicting ordinary activities constellating head and shoulders. This final drawing, BB said at the end of her talk, expresses her “love of everyday life.”

Although many people still think of Bobby Baker as the fabulous performance artist she has been, and the (often hilariously) creative activist on behalf of various causes (my favorite being a group of women dressed as green peas whose slogan was “Give Peas a Chance”), the diary reveals a sophisticated graphic artist (BB said she decided to become an artist at age 9 and studied at St. Martins). Beyond its originality—or perhaps through it–the work represents—I’m tempted to say gives voice to—the complexity of mental illness and the human capacity for recovery that can emerge from years of anguish.

Taken together, David Small and Bobby Baker created an evening of memorable intensity. We found ourselves gripped by the journeys recorded in these very different modes of graphic autobiography. 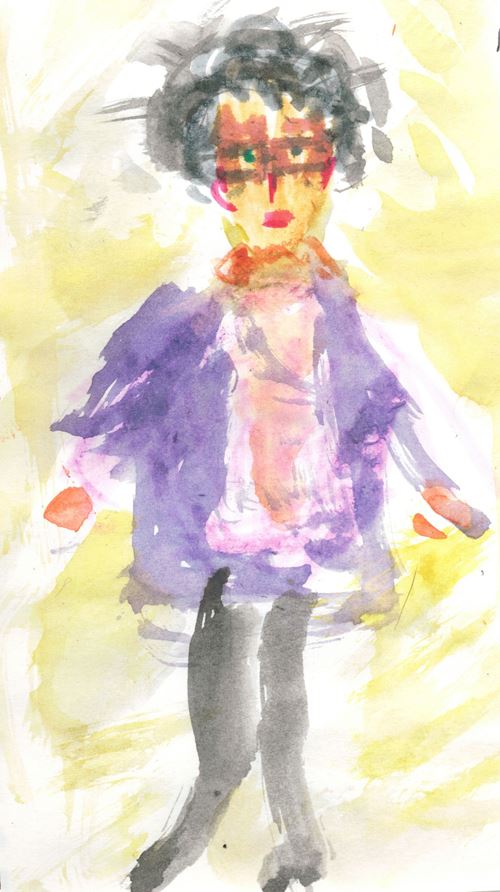