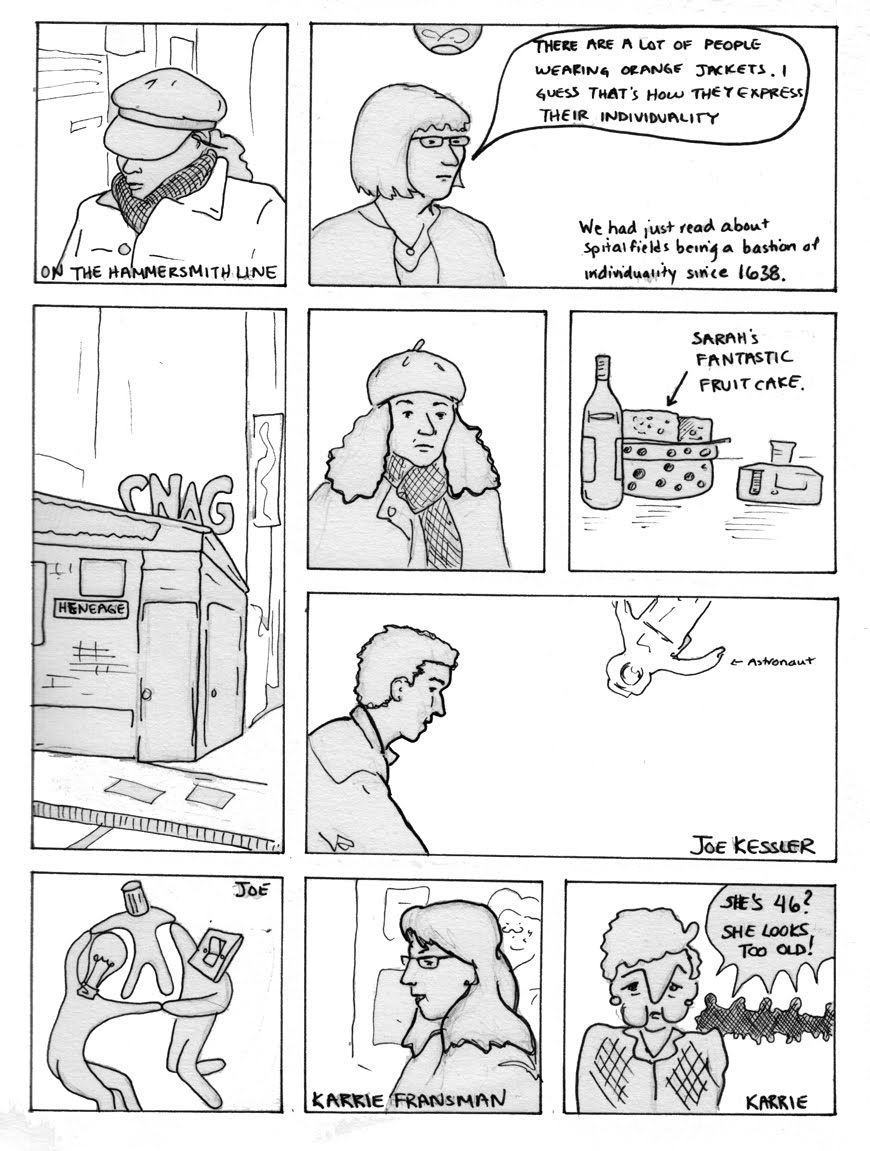 Hello Everyone. I’m Jane Heinrichs and I was asked to be the guest blogger at this month’s Laydeez do Comics.

I started off by drawing a random number of squares and rectangles on my page before I left home. Then I worked to fill every cell as the evening progressed. I brought my Mom along to our meeting, since she is visiting from Canada. We arrived at the Brick Lane/Spitalfields area early so that I could show her around. We had a snack at Giraffe to warm up (it is unseasonably cold here in London) and then found our way to the Rag Factory on Heneage Street. It is a cool place (literally and figuratively) filled with various studio spaces tailored for multiple uses.

Our first guest was Joe Kessler, who showed us a collection of his recent comics. The story that got the most attention was his adaptation of a friend’s autobiography called “A Scar”. This friend lives in a Nairobi slum, and Joe’s artwork perfectly captured the bright sun and colourful patterns of Kenya.

After a short, tea and warm-up break, we heard from our main speaker Karrie Fransman. Her work has been featured in the Times and the Guardian. She showed us a selection of those comics, as well as the beginnings of a graphic novel she is working on called “The House that Groaned.” It all looks fascinating.

We finished off the evening with a discussion of Craig Thompson‘s Blankets. Someone mentioned his “Carnet de Voyage”, which can be partially read on Google Books HERE.

I hope to see you all there at our February meeting!

This was posted by Jane Heinrichs.