The first Laydeez do Comics Glasgow took place last Tuesday (25th June) at The Centre for Contemporary Arts on Sauchiehall Street. It was a great venue and the International Graphic Novel & International Bande Dessinée Society Conference running that week at University of Glasgow helped ensure a large and global audience.

Please allow me a moment to introduce myself:

This first image from the night is of Nicola and Sarah asking the audience to introduce themselves and then to relate a story about ‘the kindness of strangers’. I tried to capture elements of as many different stories as possible, sometimes only a word or location, but hopefully it gives a flavour of the Laydeez do Comics introduction session. 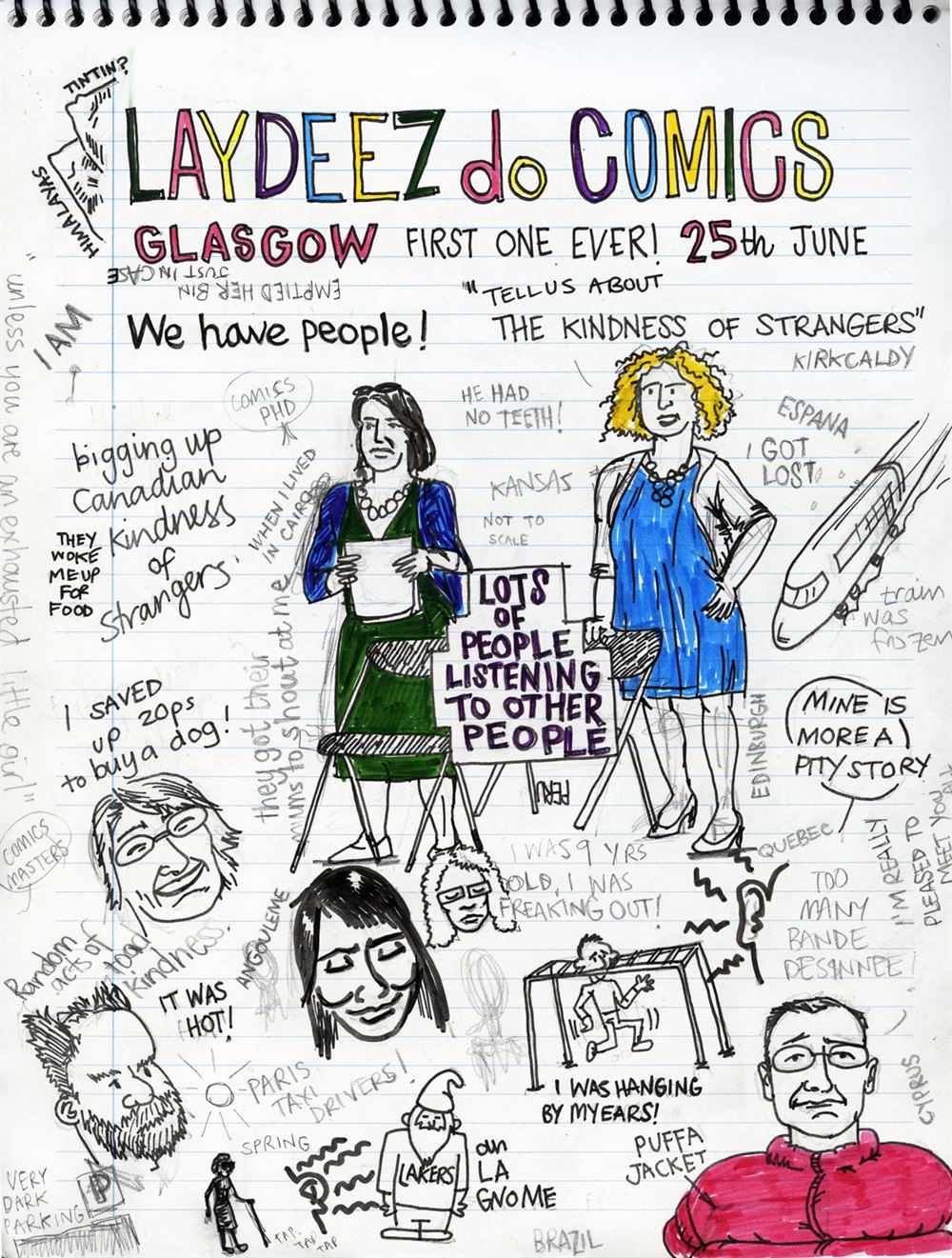 Next up was the first guest speaker Kate Charlesworth, who gave a speedy introduction to her long and distinguished career and also talked about her forthcoming book Sally Heathcote, Suffragette, which she is working on with Mary Talbot and Bryan Talbot (Mary has written it, Bryan is doing layouts and lettering and Kate is creating the finished artwork). I also enjoyed Kate’s stories about her dog, which she saved up 20 pence pieces to buy – final cost ’12 quid’. Out walking one day, a fellow walker remarked how much Kate’s dog looked like the one in the comic strip in The Guardian – Kate drew the strip and it was her dog! 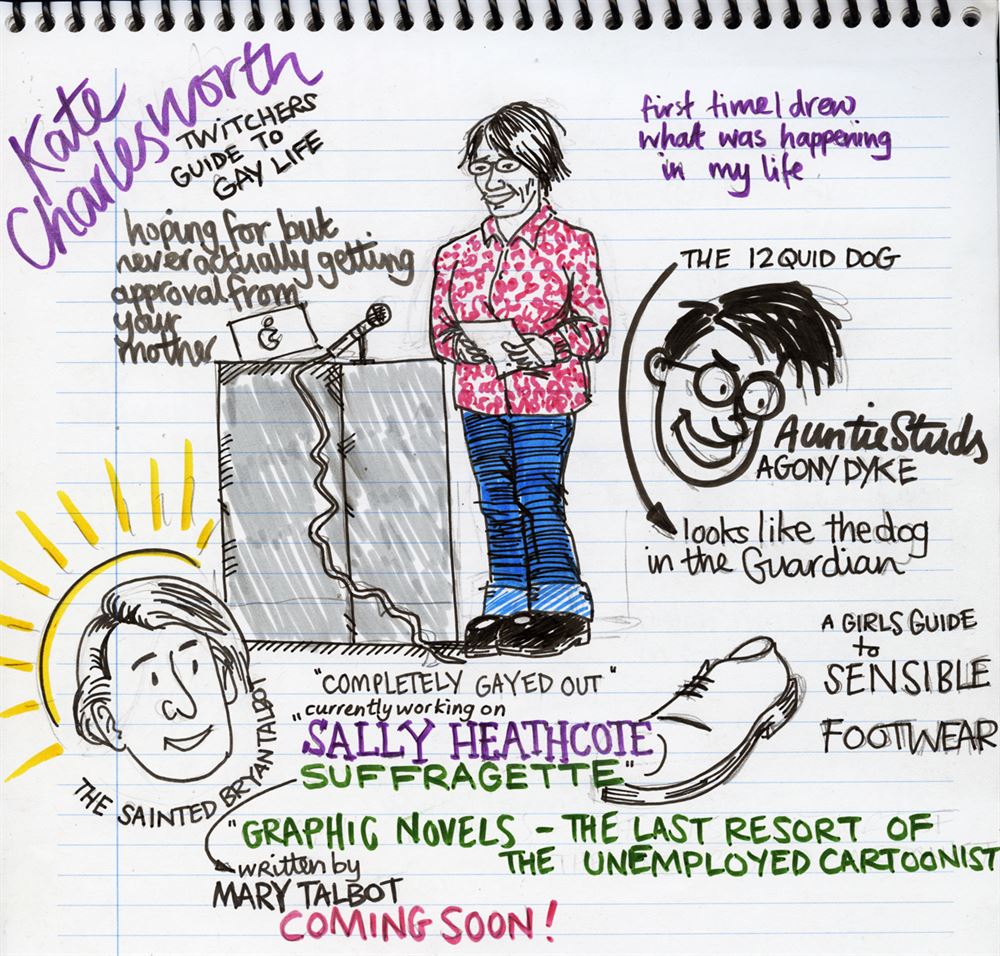 The second guest was Gill Hatcher of Team Girl Comics. Gill talked about the rapid success of TGC, an all female Glasgow-based anthology comic. The numerous contributors (there are 30 listed on the TGC website) are from a variety of backgrounds and ages. Team Girl Comic is just about to launch its 8th issue. Gill also discussed the success of a kickstarter campaign run to finance the 5th issue. The extra amount raised meant that reprints of back issues could be ordered, and the cost of the next issues didn’t need to come out of her own pocket. 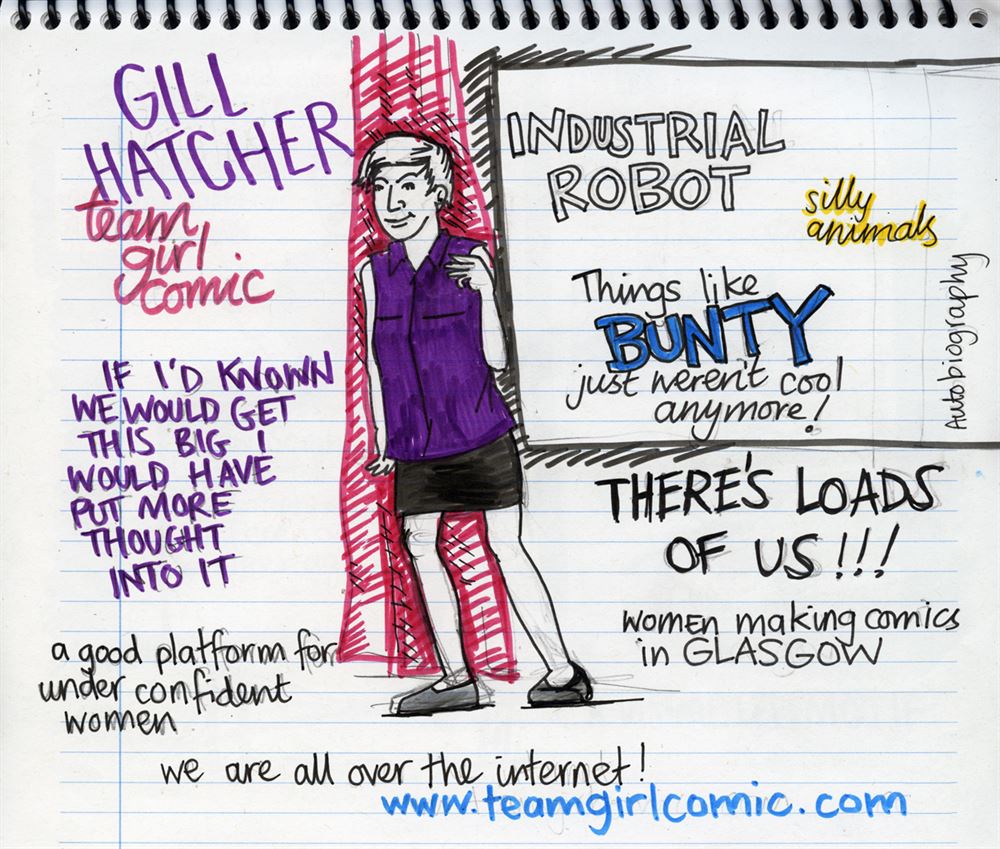 Next up was comics academic Hattie Kennedy. Hattie is currently a PhD student in the Canadian Studies department of The University of Edinburgh. Her thesis is titled Québécois Bande Dessinée: A Quiet Revolution and she discussed several QBD creators including Miriam Katin, Julie Doucet and Geneviève Castrée. Hattie had just returned from a research trip to Montreal where she uncovered all sorts of strange comics including the not-quite-superhero Capitaine Kébec! 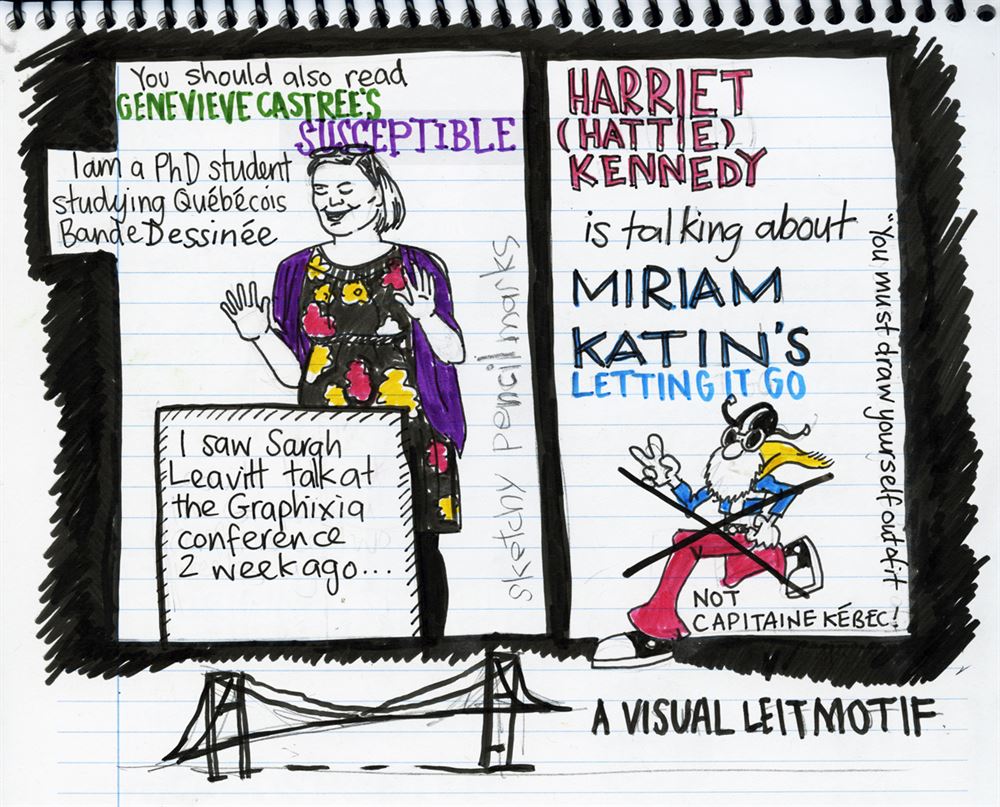 The final two speakers needed no introduction, Sarah and Nicola returned to talk about their own projects. Sarah discussed her ongoing project The Book of Sarah and also played a short film from a section of the book which included some very enchanting singing of psalms.

Nicola began by talking about Billy, Me & You her memoir about the death of her son. She also mentioned her more lighthearted work such as her ongoing blogging of short strips under the title #ayearat50. Nicola includes her dog as a character in the strips but unlike Kate, I don’t think her dog has been recognised in the street yet! 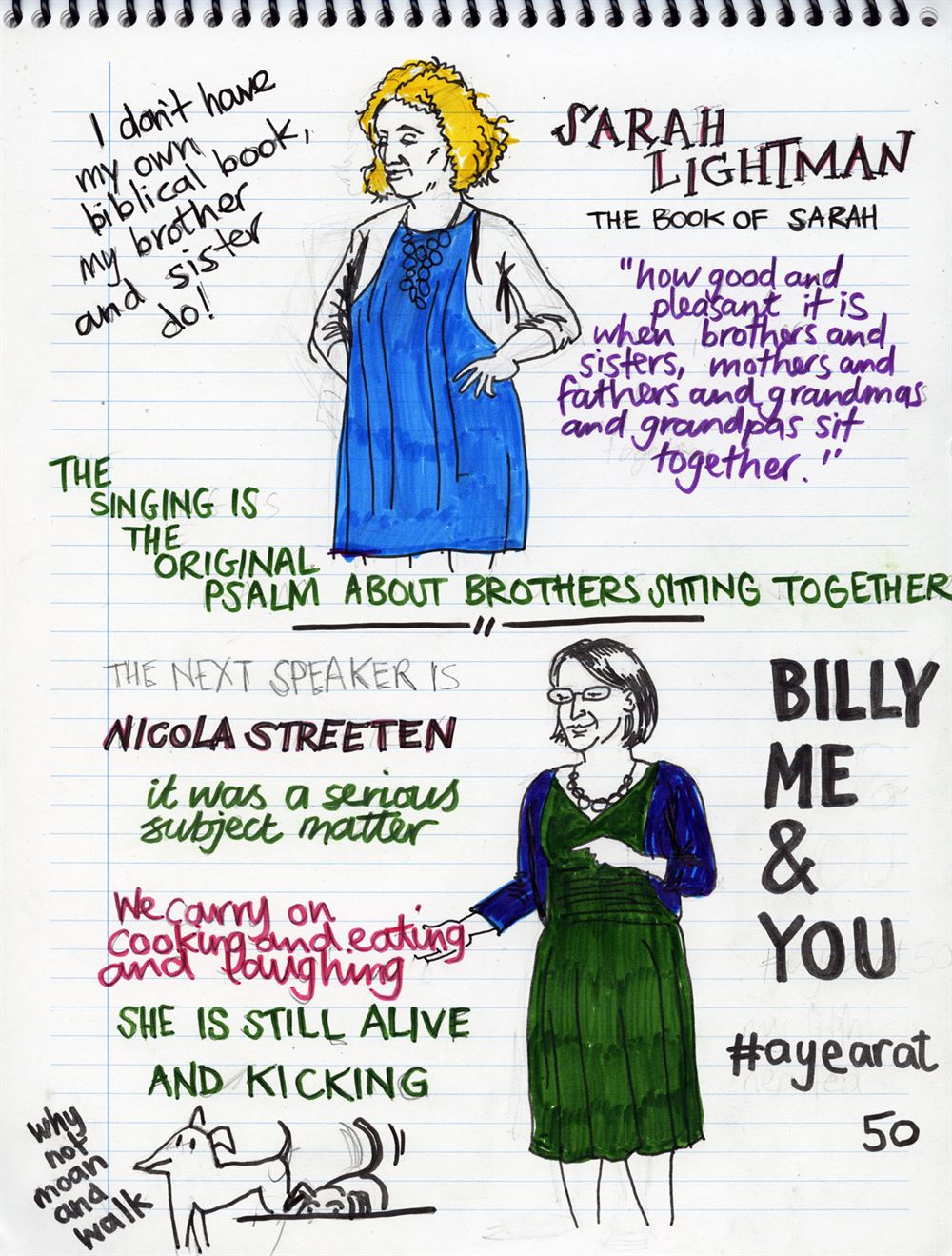