The first Glasgow Laydeez meetup of 2015 took place in The Old Hairdresser’s. Having hithero met in a community centre, we were pretty excited about having access to beer. Our March speakers were Eilidh Nicolson, Adam Smith and Letty Wilson. 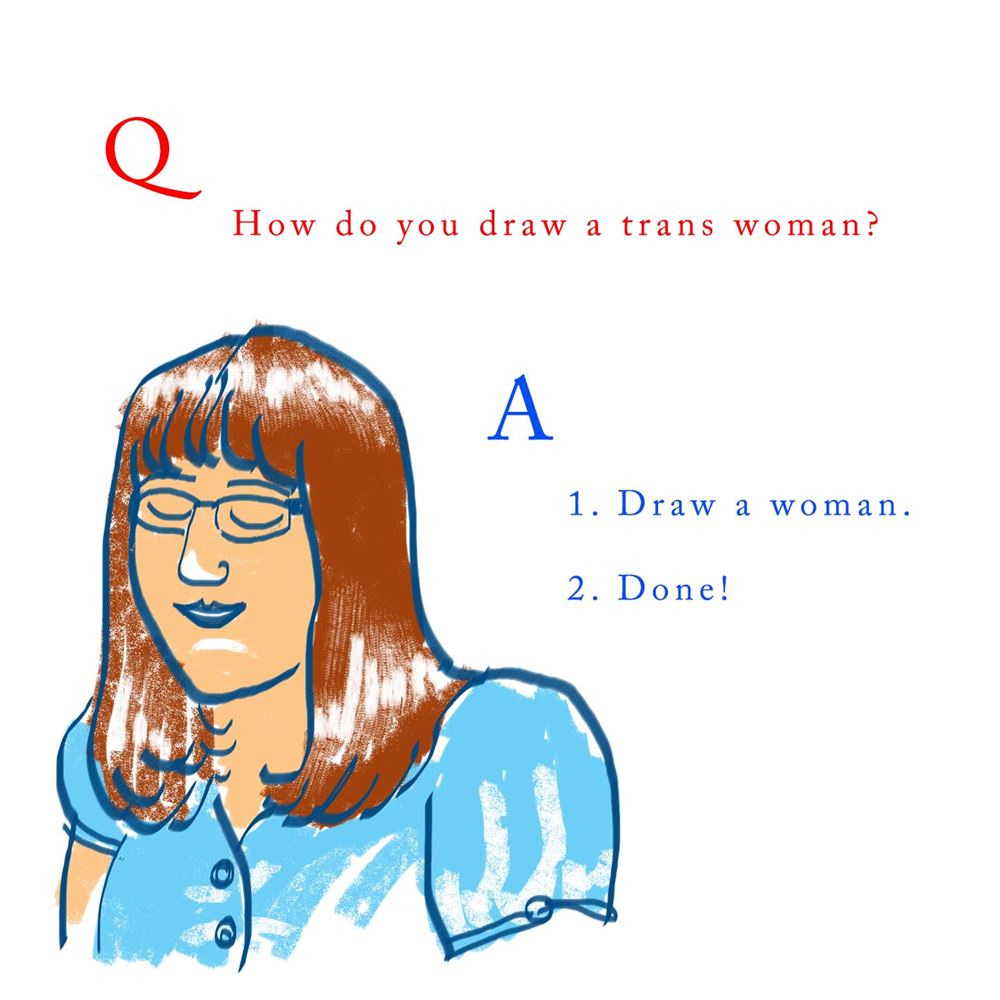 Eilidh’s comic Girls from Mars has the mission of depicting “trans people as actual people, not walking punchlines or drama bombs”. It follows six characters and deals with specific trans issues, as well as issues common to all. 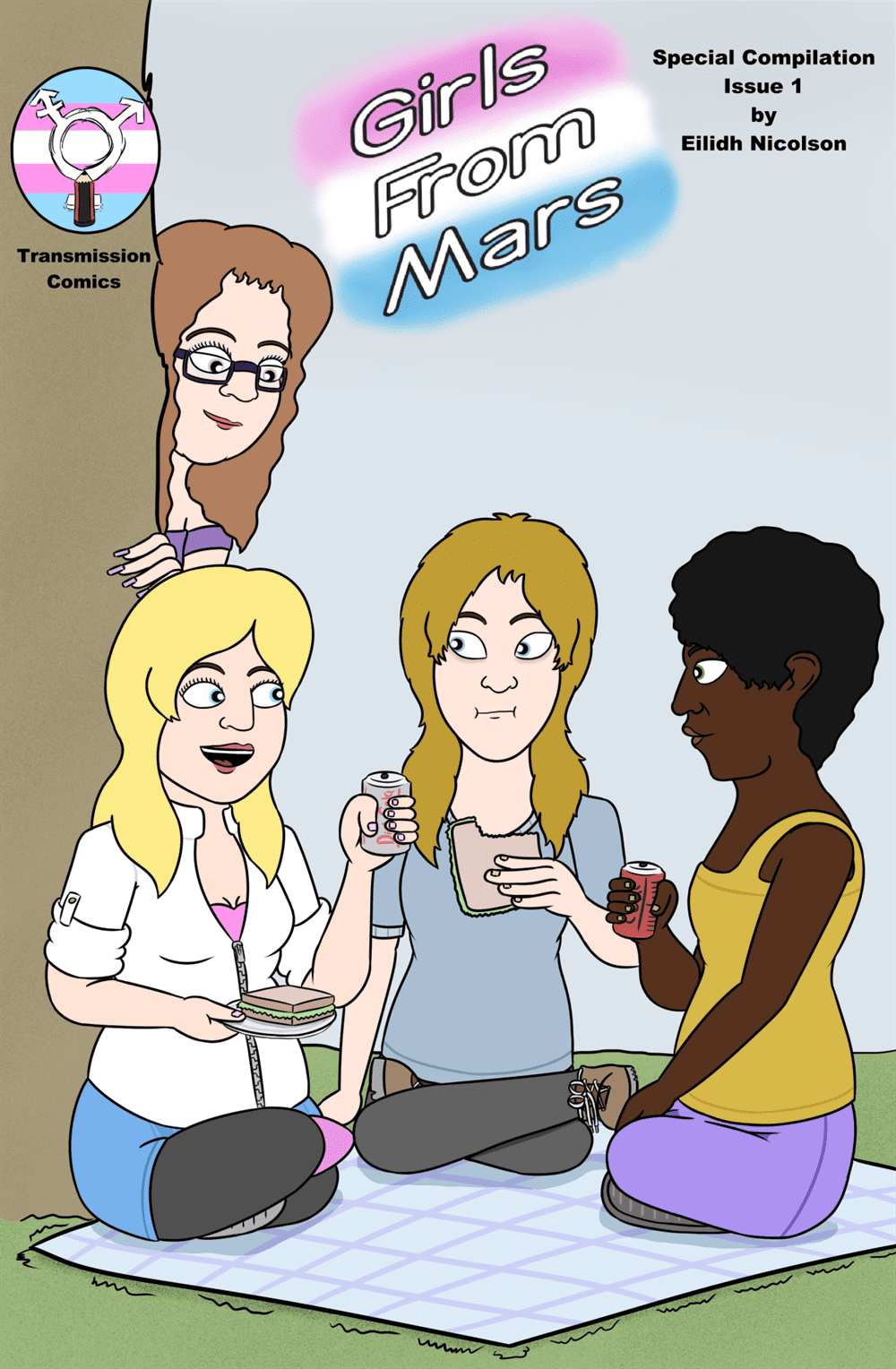 Eilidh showed us some of her earliest drawings, demonstrating there’s been transgender characters in her comics ever since she was reading Peanuts and Garfield as a kid, and making comics based on Power Rangers.

She considers herself more of a writer than an artist, but it was through drawing she came to terms with her identity as a trans woman – somehow with words, she was able to ignore that reality.

Similarly, with her work for LGBT charities where she uses material like the Hens Tae Watch Oot Fur zine to campaign and educate, she says audiences seem to “get” her message once they see visual imagery. She also reflected that comics are a great medium for her since she feels her writing lacks detailed description, so images fill those gaps.

Eilidh went on to talk about the representations of trans women she had to negotiate growing up – hypermasculine, all stubble, giant jaws and legs akimbo. And when she looked for examples of trans people in comics, all she could find was Batwoman’s roommate.

At first she chose to draw her own characters without eyelashes and with Adam’s apples, as she felt she had to mark them in some way with “tells”. Now, as illustrated by the Q&A at the top of this blog, she simply draws a woman – occasionally slightly taller, but that’s it. Some of the issues Eilidh highlighted reminded me of the historical depiction of non-white characters in comics, drawn in contrast to normative white characters in a grotesque and exaggerated way.

Eilidh’s talk was humorous and reflective, and it was inspiring to hear her say she’ll be writing about the Girls from Mars characters for the rest of her life. Having now purchased and read issue 1, I’m a fan. The drawing style is bold and iconic, the pacing’s great and the writing witty and engaging. Issue 1 introduces us to the back stories of various characters via the device of a group with a slightly bossy chair prompting members to reflect on their year. Follow Eilidh’s work at http://heyitsayls.tumblr.com.

Adam delivered an informative and entertaining presentation on the long-running British newspaper comic Flook, proclaiming it our Peanuts or Calvin and Hobbes. 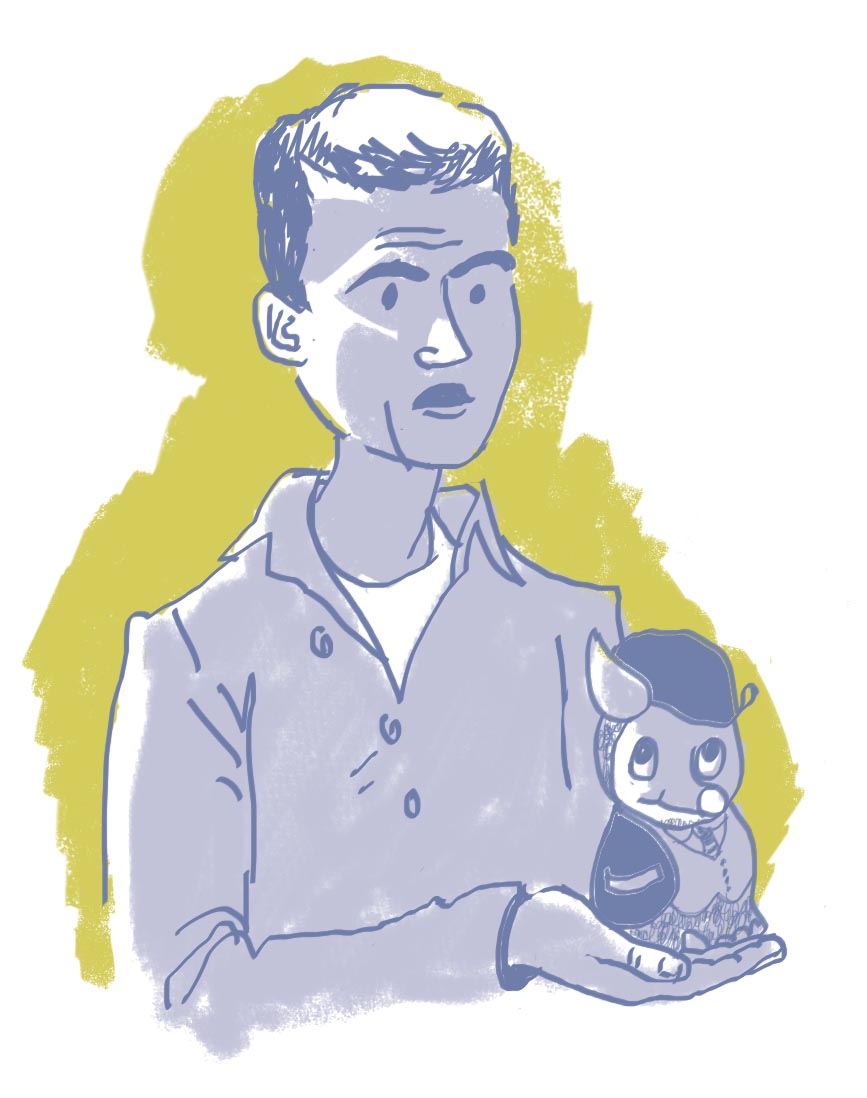 Flook featured a neotic piglet/mole/elephant creature, created in 1949 and drawn by Wally Fawkes under the penname Trog. It ran until the 1990s, appearing for the majority of its run in The Daily Mail. Flook was scripted by several writers, including Compton Mackenzie, Barry Norman and Keith Waterhouse, but perhaps the best-known was art critic, jazz singer and bon viveur George Melly.

Flook was originally a children’s strip, with storybook escapades featuring Flook and his human friend Rufus foiling smugglers and the like, but after a few years, the strip grew more subversive and satirical. Under Melly, Flook became a stand-in for George himself, a dandy navigating a London full of sharp social observations and class stereotypes.

Wally drew Flook for 40-odd years, yet he and his creation are little-known even to comics fans. In 2013 the London Cartoon Museum programmed a talk by Wally as part of a Flook exhibition. The turnout was tiny – smaller even than this, Adam said kindly, with a sweeping gesture round the room – even Wally didn’t show up. However the curator offered to put Adam in touch with Wally, and the subsequent phone interview led to an article in The Comics Journal.

Adam finished his talk by generously inviting people  to “discover” Wally and Flook for themselves so that he can get annoyed about it. You can read Adam’s full article here and read some strips on his Flook Facebook Group. (And although he didn’t mention it on the night, Adam’s own comic, Khaki Shorts, co-created with Rob Miller, will soon be collected into an anthology – like the Facebook page to get updates.)

Lastly, Letty of Panel Comics talked about how her identity as an asexual and aromantic artist has influenced her characters. After Letty graduated from the MLitt in Comics Studies at the University of Dundee, she formed the publishing company Panel Comics with some friends, and is currently working as an artist on several titles, including Cosmic, scripted by Erin Keepers. 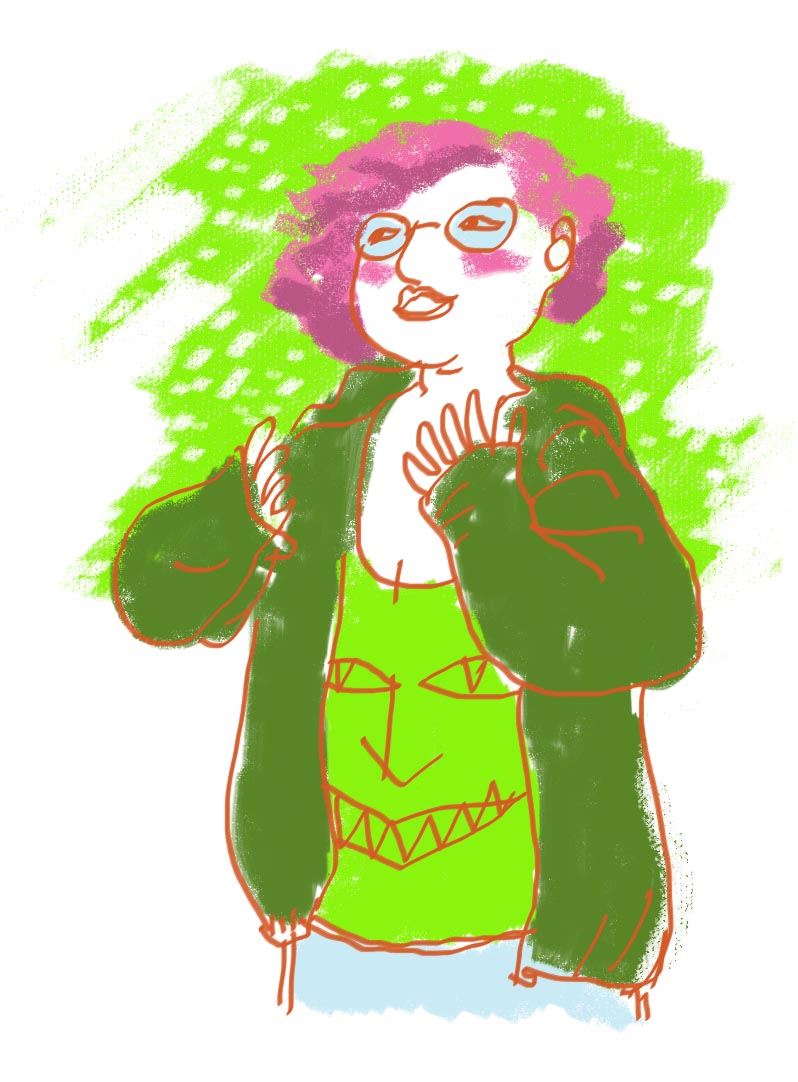 Letty asked the audience if we were aware of any asexual characters in popular culture. I lamely suggested Sherlock Holmes, but Letty pointed out that Sherlock does have a love interest, and indeed Steven Moffat, the show’s writer, has said he’d find a truly asexual character uninteresting to write. Sheldon from Big Bang Theory, and Lord Varys, the eunuch from Games of Thrones were some other examples, and Letty commented they are notable for their lack of humanity.

Letty takes a more positive line on asexuality, saying that as the most important relationships in her life are friendships, she enjoys putting friendship rather than romance at the centre of her stories. An obvious way in which to explore asexuality is the autobiographical “coming out” comic and Letty showed us a comic titled What I’m Not that she submitted as part of her MLitt course. (One of the captions that caught my eye was ,“Asexuality Myth 1: You only feel that way cos you can’t get a date…” Read the comic in full here.) But her own interests veered more towards monsters and fiction, and, she explained, the fantasy/quest genre is perfect for friendship narratives – think Lord of the Rings. 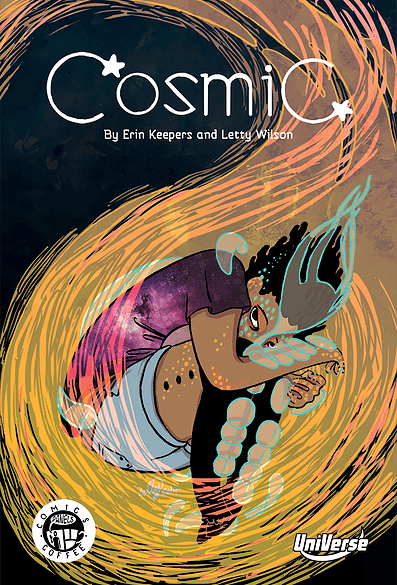 Letty went on to speak about her collaborative approach to character design with Erin on Cosmic, which features an alien-human hybrid called Rinette. They consciously decided not to make Rinette white, which they found in turn altered the development of the character itself. As Cosmic unfolds, Rinette will encounter an asexual human character and learn that not all earthlings are the same.

I love Letty’s artwork – her inking is juicy and lush, and the colouring makes me think of decorative ceramics and mosaics – maybe because of the earthy palette of Cosmic. You can see Letty’s work on her sites, https://lettydraws.wordpress.com and http://lettydraws.tumblr.com as well as the Panels comics site.

Blog and illustrations of speakers by Heather Middleton