We were in the cosy surroundings of Glasgow Women’s Library for our July meeting. Our first speaker was Adam Murphy, a Glasgow-based comics artist, writer and illustrator who has been a full-time comics artist since 2011. He is the creator of ‘CorpseTalk,’ in which he digs up famous people from history and interviews their reanimated corpses, and ‘Lost Tales,’ in which he re-interprets unusual or lesser-known folktales from around the world, both for The Phoenix Children’s Comics Magazine. He is also a contributor to IDP:2043, a collaborative graphic novel dealing with climate change, societal inequality, mechanisms of privilege and one very awkward dinner party. adammurphy.com

Our second speaker was LDC Glasgow co-founder Anna Brewer, attending her last meeting before heading back to California – she will be much missed. She has worked as an animator, art teacher, art handler, muralist, illustrator and cartoonist. Moving to rural Idaho in 2006 she set up a small business selling prints, calendars and greeting cards of her artwork. She became fascinated by the farming, showed her work at farming conventions and held art shows at the John Deere dealership. She also created a monthly cartoon, “Palouse Report”, in a local paper. facebook.com/AnnaBrewerArtist

Our blogger for the night was Fionnuala Doran, who contributed the live sketches below.  fionnualadoran.com 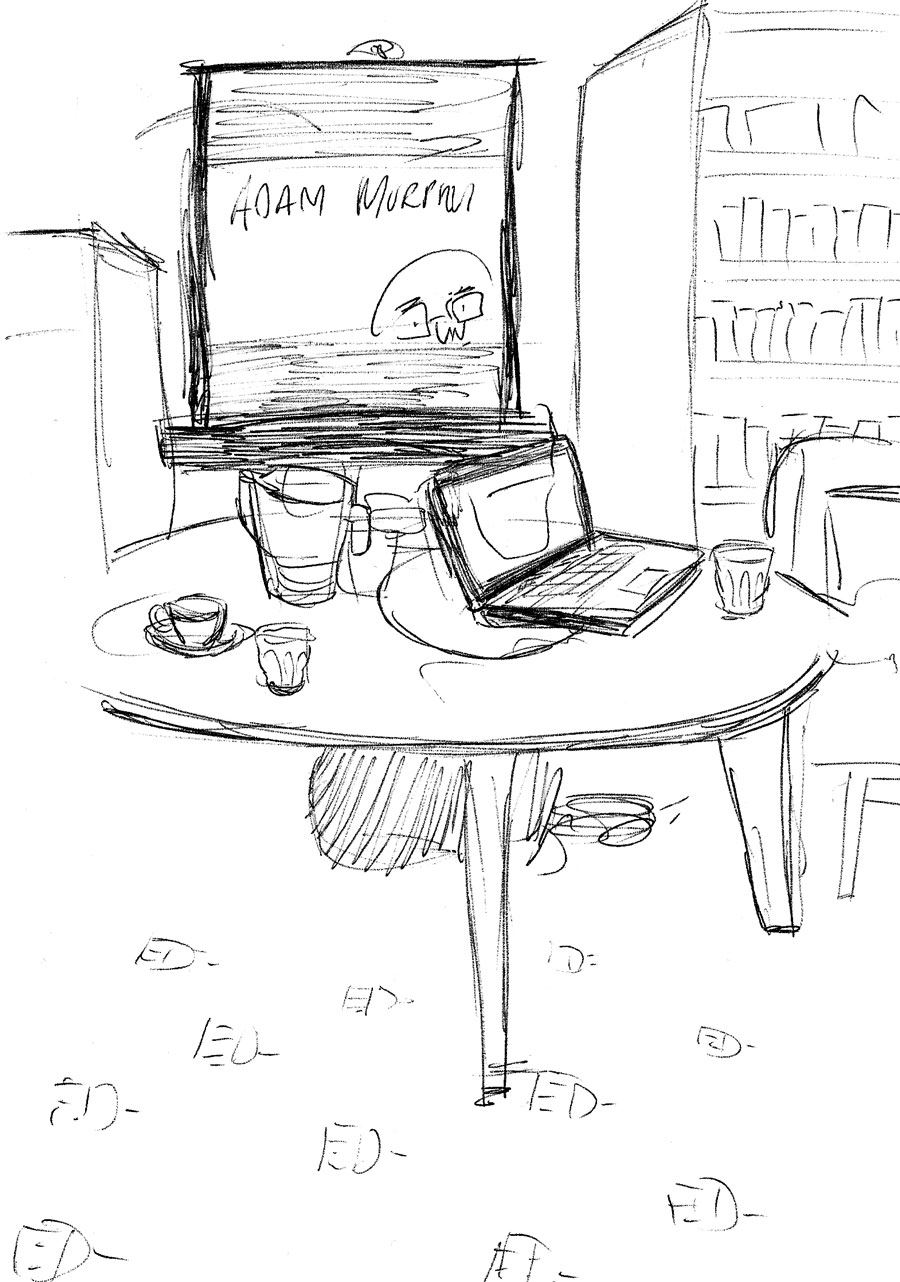 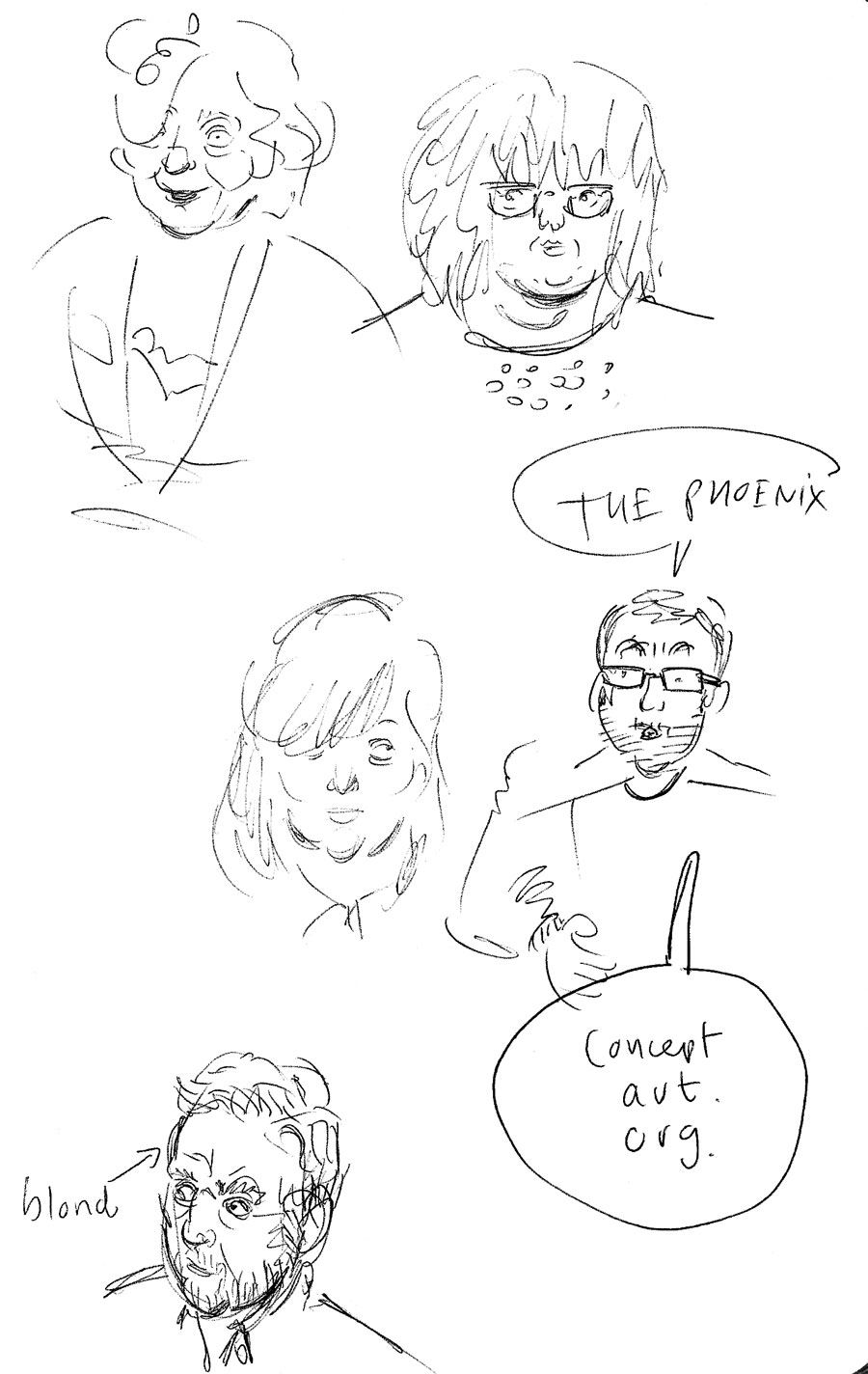 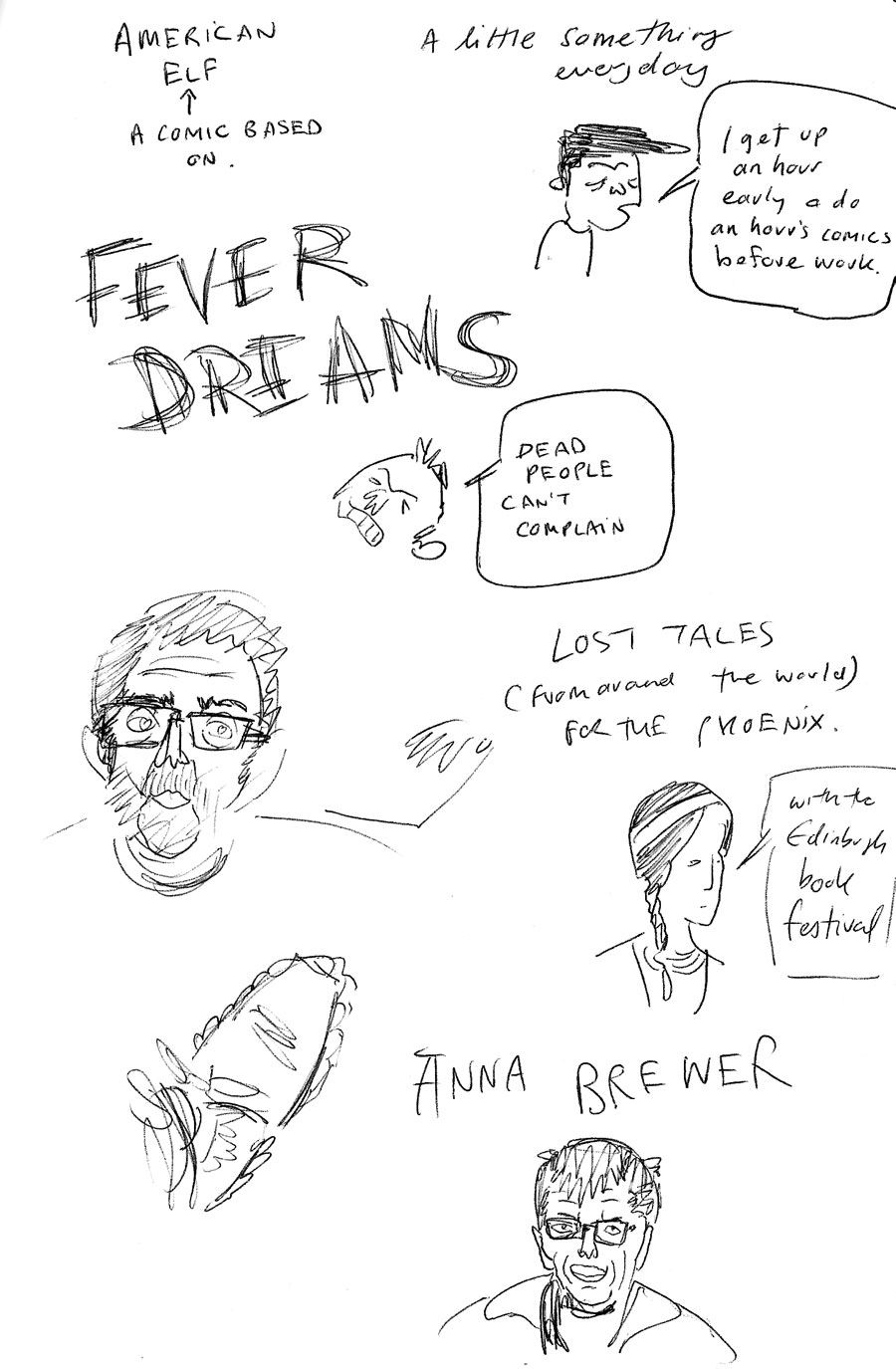 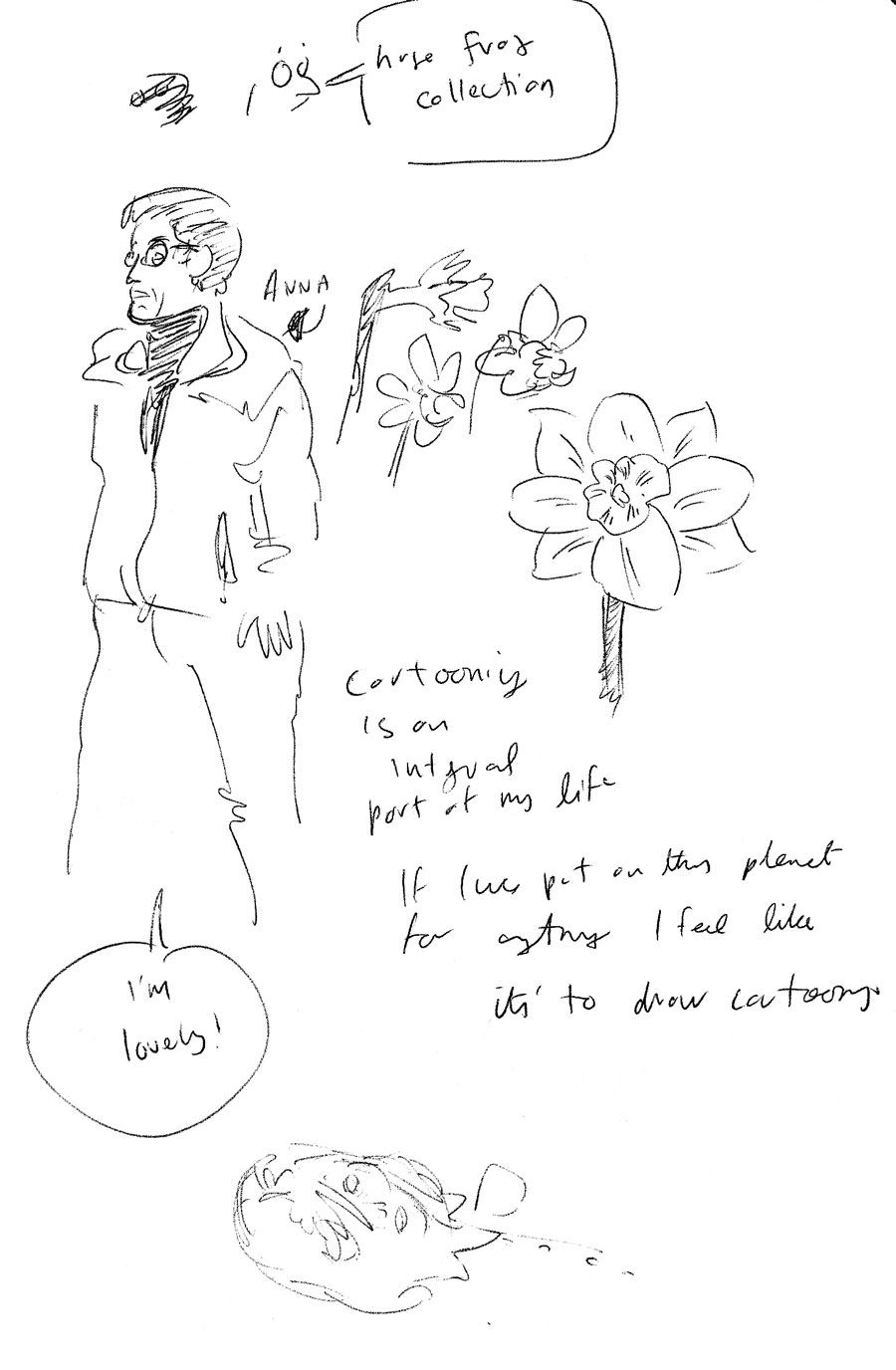 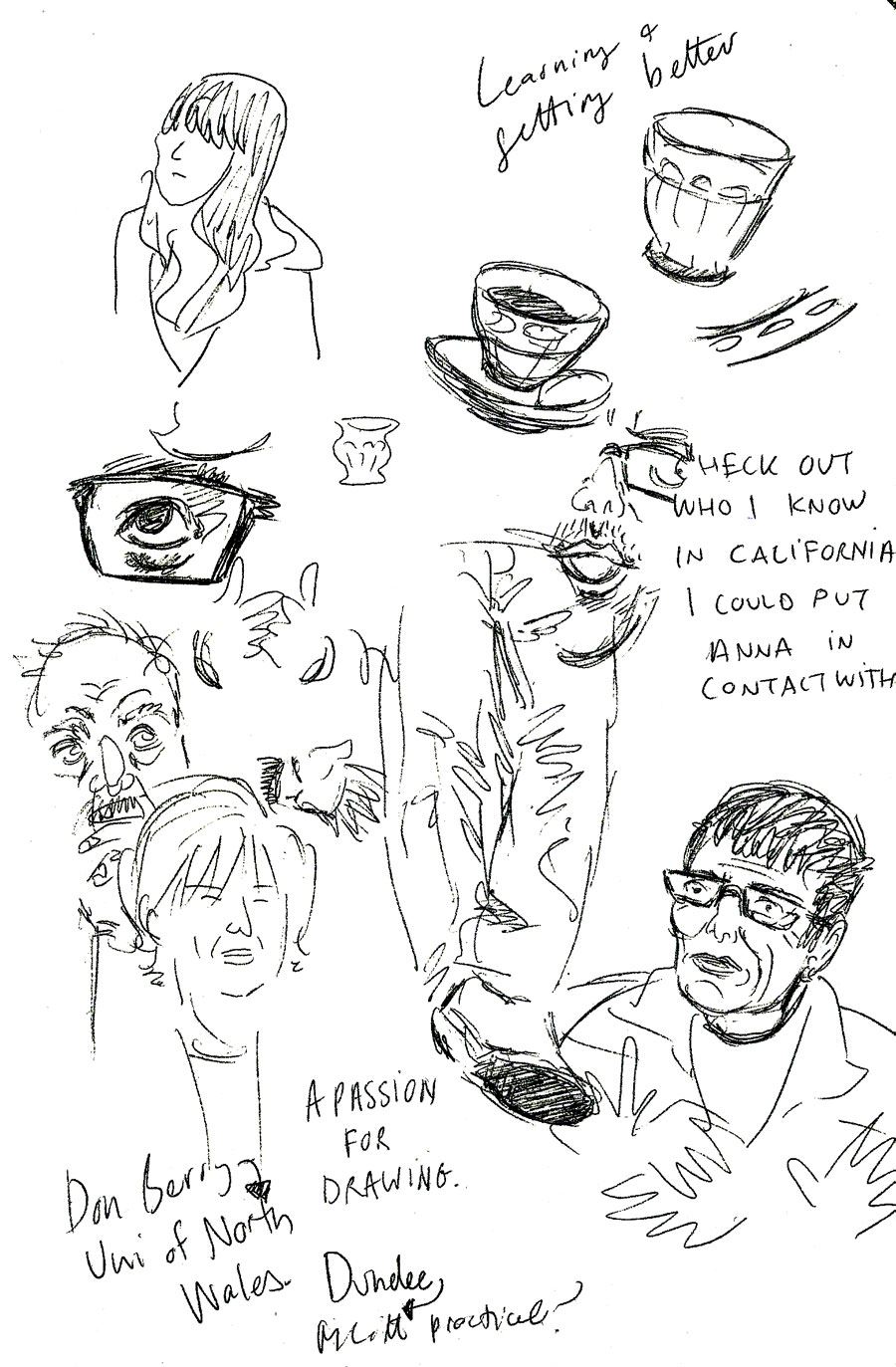 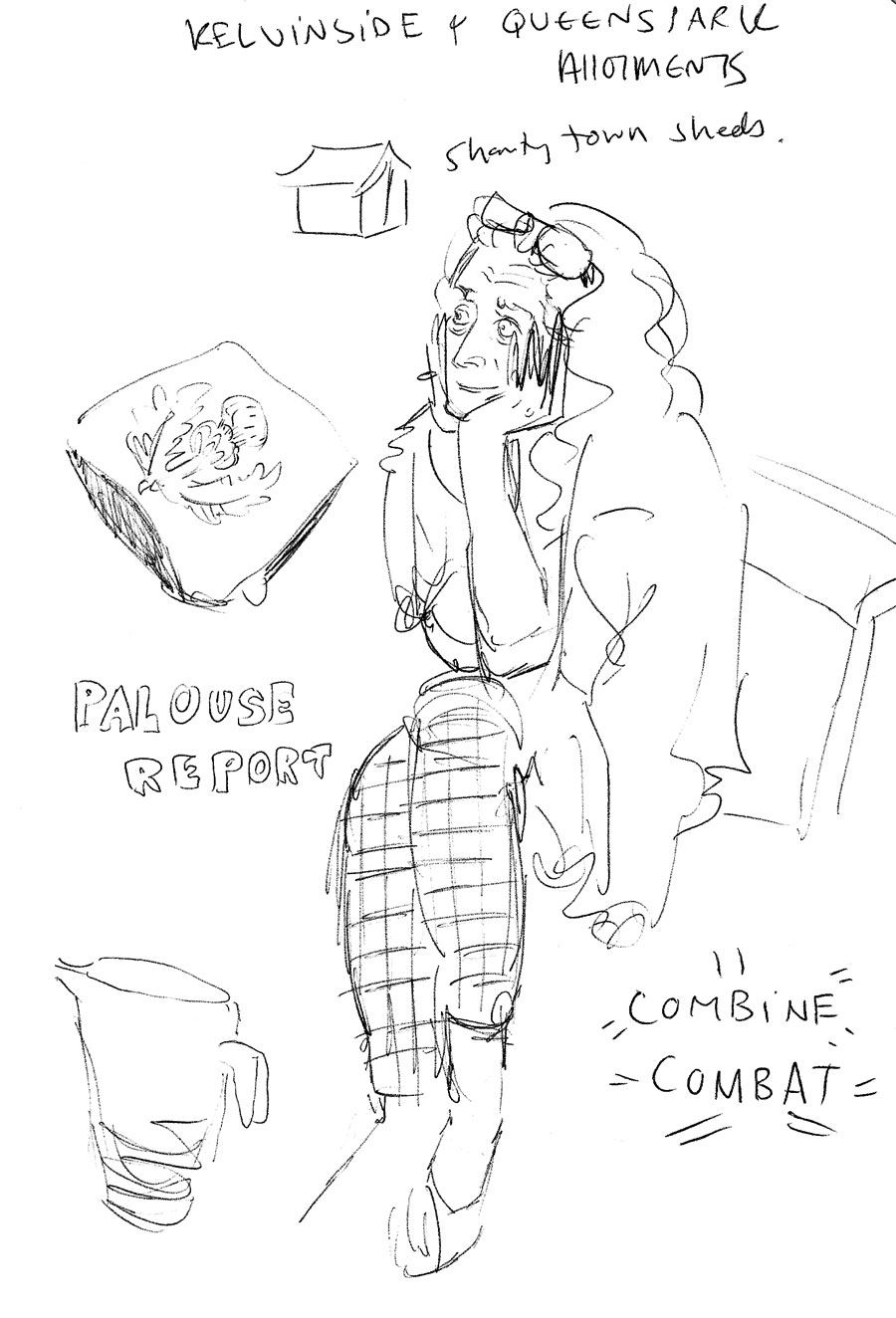