Hello, we are
Ottilie Hainsworth and Eleanor George, two artists who live in Brighton.
On Friday the 5th July we rolled along to the Laydeez do Comics event being held in association with
Myriad Editions,
Cartoon County and
Fourth International Conference on Comics and Medicine at
Phoenix
with our sketch-pads to draw what went on.

Partly due to the Comics and Medicine Conference there was a truly eclectic bunch of people in the audience, from France, Canada and the US as well as from all over the UK, ranging from Ph.D. students to Doctors, comic nurse who leads the Chicago branch of Laydeez do comics, writers and lots of artists. We had a keen sense of the buzz surrounding comics at the moment, and of their perceived relevance and general usefulness to more and more people, who are also having a go at writing and drawing their own comics. 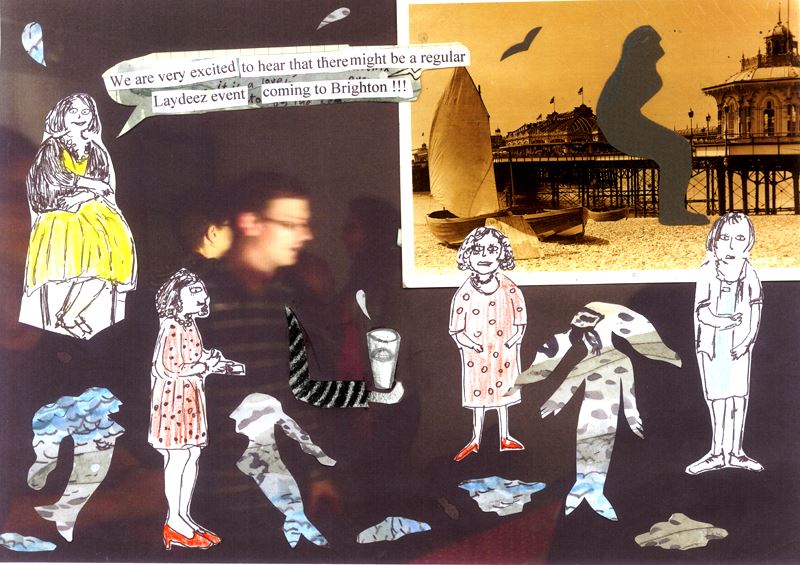 Laydeez founders Nicola Streeten and Sarah Lightman kicked off by getting us to introduce ourselves and tell our favourite word or phrase (always a terrifying experience, this “Laydeez” initiation!) 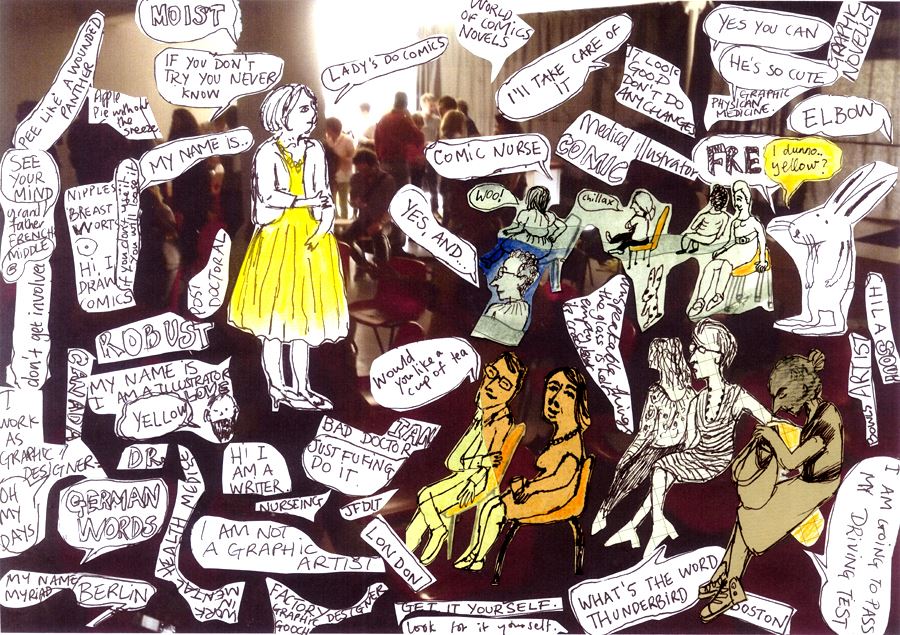 First up to talk was Vik J.F., an Israeli artist. Her work includes sculpture and installation as well as drawing, and features imagery set in a limbo world where the people are faceless, which has grown out of her experience of war. She also showed work based on her alter ego called Emma Robbins. 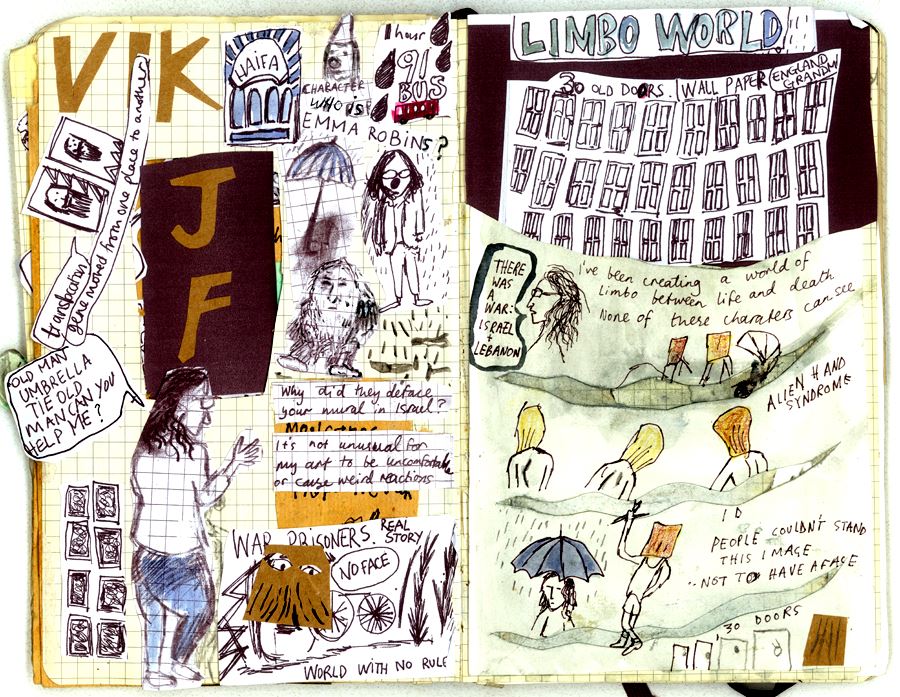 Artist, performer and author Hannah Eaton gave us an amusing roller- coaster ride through her childhood obsessions with “Bunty”, “My Guy” (photo stories) and “Misty” comics. She said she had always wanted to believe in ghosts and monsters, and that these comics had fed that obsession. Myriad Editions have just published her first graphic novel “Naming Monsters”. 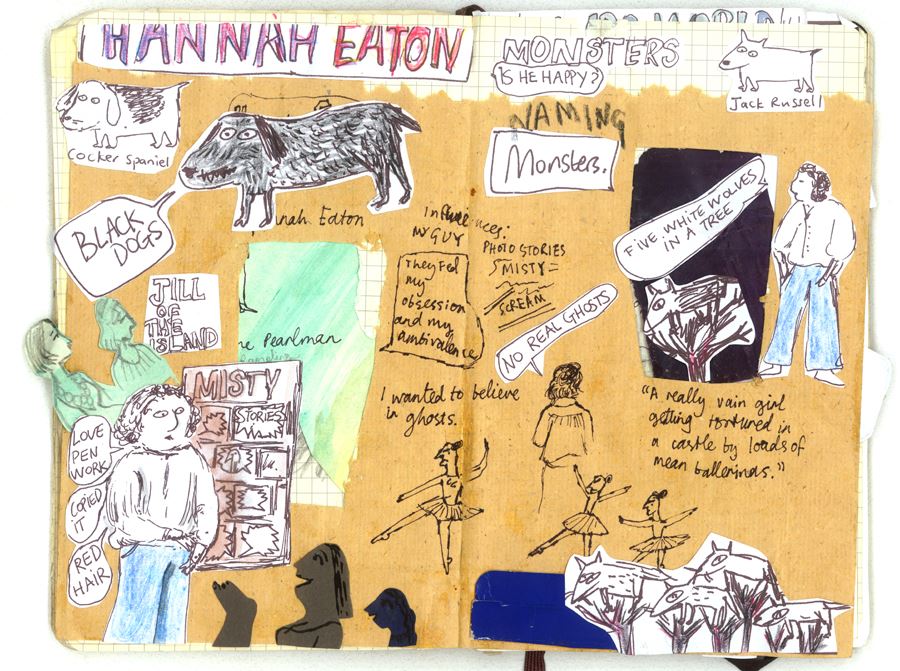 Emily Haworth-Booth is a comic artist and teacher who is working on a graphic memoir of her experience of suffering from M.E. She read some witty extracts on her collonic irrigation at the hands of a bullying nurse, and talked about the catharsis of creating such characters and extracting humour out of what had been a grim illness. 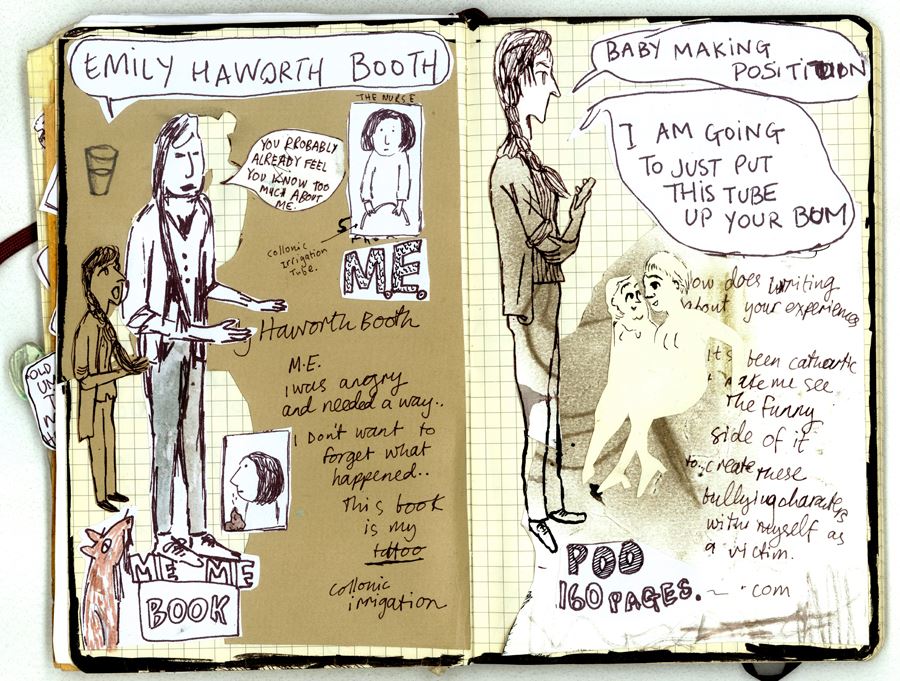 Nicola Streeten talked about her first graphic novel “ Billy, me and you.” published by Myriad Editions which is the story of the death of her young son, and described how this experience has formed the path her life has since taken. She is now working on a new book called “Choices”, about abortion.

Lastly, Sarah Lightman presented images and films from her own personal bible “The Book of Sarah” to be published by Myriad Editions.

Sarah talked about her drawings of objects, which she described as “visual haiku”. A drawing of a glass of water (half full ? half empty?) doesn’t actually change. “The glass of water reflects the way I am feeling.” 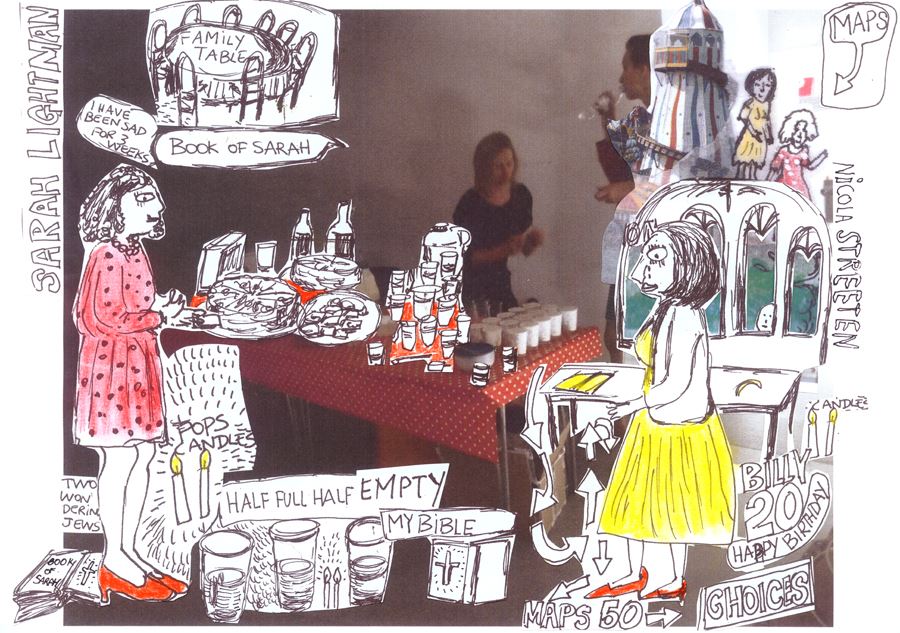