Laydeez do Comics awards, Emma Burleigh, the first Female-Identifying Prize for Unpublished Graphic Novels in Progress at an all-inclusive day festival in recognition and celebration of the UK-based talent of women in the comic industry. 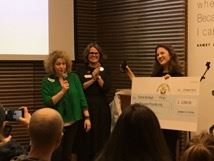 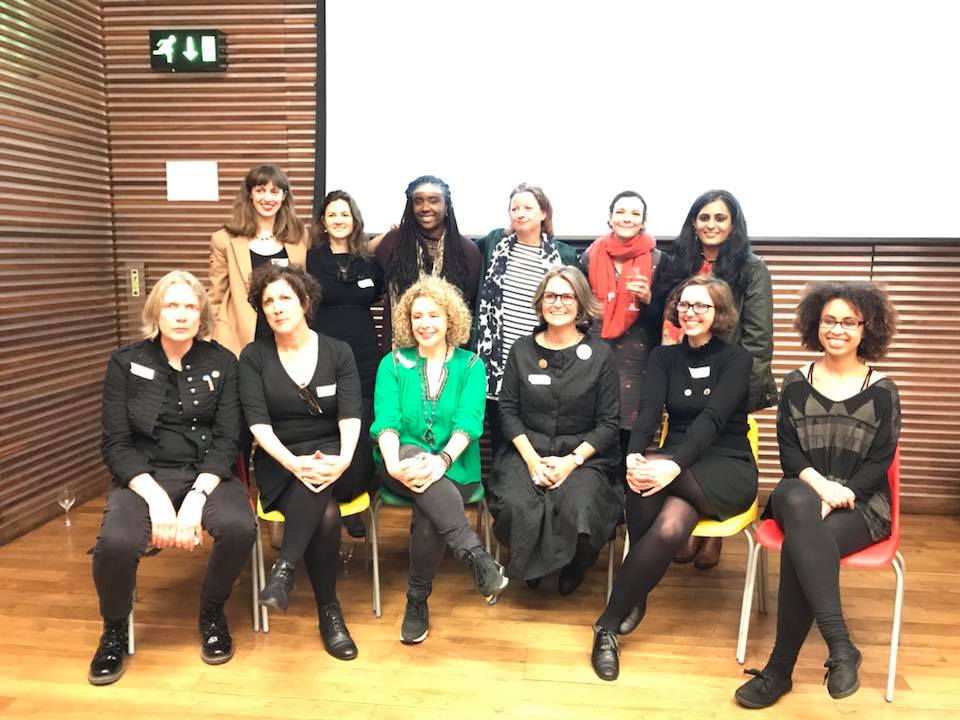 Held at the Free Word Centre in East London, the inspiring day showcased all works submitted in the form of zines. It saw a panel discussion with the shortlisted artists, provided support through review sessions with six notable female cartoonists, and announced the winner; Emma Burleigh, author of ‘My Other Mother, My Other Self’.

Supported by the Arts Council England and through Crowdfunder, the first women’s prize for comics awarded £2,000 for the winner’s prize and £200 to each of the shortlisted artists; Akhila Krishnan, Cathy Brett, Emily Haworth-Booth, Sarah Ushurhe and Rebecca Jones.

Shocked and pleasantly surprised with her prize, Burleigh expressed that the experience of the Laydeez comics in-progress prize feels like ‘a dream come true’, and ‘a way of connecting, bringing people together and creating a supportive community’.

Alongside co-founders Sarah Lightman and Nicola Streeten, Burleigh announced that her next steps are to finish working on her compelling graphic novel and expand LDC to a new branch in Bristol. After working on her story for some years, and keeping an eye on the female-led forum, she felt like LDC was the best fit for her work:

“This is where I want to belong in terms of community and support. It’s just an amazing opportunity to be able to get support and motivation. Even if I hadn’t of been longlisted, it would have still been a good experience because it motivated me to polish up some pages.”

‘My Other Mother, My Other Self’ is an autobiography of Burleigh’s journey in meeting her birth mother and experiencing the challenges that came with opening her own ‘Pandora’s box’.

“There are quite a lot of different myths and stories that came to mind, but I think the Pandora one felt most rich. One of the things is that my birth mother herself said to me at a certain point, ‘well you have opened Pandora’s box now, and you could hurt a lot of people’,” says Burleigh, explaining the creative process behind her work.

“I think another metaphor in the book, on so many levels, is finding my voice, being able to tell my side of the story and being able to articulate that visually and in writing and being able to communicate that. As we are speaking, I can feel a sense of letting go in my throat.”

Laydeez do Comics and feminism

Since 2009, LDC- the first female-led graphic novel forum in the UK- has provided platforms globally for emerging and established comic artists to test new works and ideas. The Laydeez renowned sense of welcoming community was alive at the festival as attendees conversed and socialised over wine and cakes layered with printed feminist quotes.

Passionate about reflecting a diversity of people, LDC is conscious that a gender-specific prize is not the solution, but feel it is necessary for the graphic novel industry’s progression towards equality by promoting women’s work in a male-dominated field. Sarah Lightman explains:

“It can be paralysing thinking that there is no-one interested in your work, but there is always an audience. The graphic novel world can grow and expand as much as we want it to, one way we can ensure this happens is to demand that the gatekeepers are truly diverse.

“Those who decide what gets published, what or who gets funded, and who gets prizes and opportunities to speak at Comic-Cons, conferences, and literary festival, must reflect the widest spectrum of society.”

A female-led forum accessible to all

The event attracted a range of ages, backgrounds and cultures. Joe Stone, a guest at the Laydeez festival, commented on how it was nice to see a diverse selection of people, particularly in age, and how it has encouraged him to progress his comic work further. “It makes me want to go back and draw better comics by comparison,” he says, “it’s motivating.”

In an impassioned speech, Lightman said: “Artists, your works that we have displayed in zines in the Laydeez Lounge, have challenged what people here today think comics are capable of. Through your drawings and what your work is about, you are all trailblazers. You are all making a path for others to follow which they will then turn into their comics journeys.”

Although the inaugural prize has passed, Laydeez do Comics continue to revolutionise the graphic novel industry, and we can expect to see similar milestones in the future. No matter your gender, whether you’re at the beginning or end of your comic career or are merely interested in seeing what all the fuss is about; you can attend their monthly meet-ups and keep updated here and signing up to their newsletter.