Hello, I’m Jane Porter, your guest blogger for November 24 2016.  I’m a children’s illustrator & author, but I am also reviving my teenage interest in making comics – a current project is a graphic novel retelling of ‘Moby Dick’, set on the river Wandle in south west London. Start small! You can see more about it here: and I’m posting new drawings on Instagram at @janeporterillustrator and Twitter at @TheJanePorter.

I’ve been along to LDC a couple of times before and it’s always inspiring, and November was no exception. The blogpost is illustrated with some pages from my comic diary…

We started with The Question as usual: 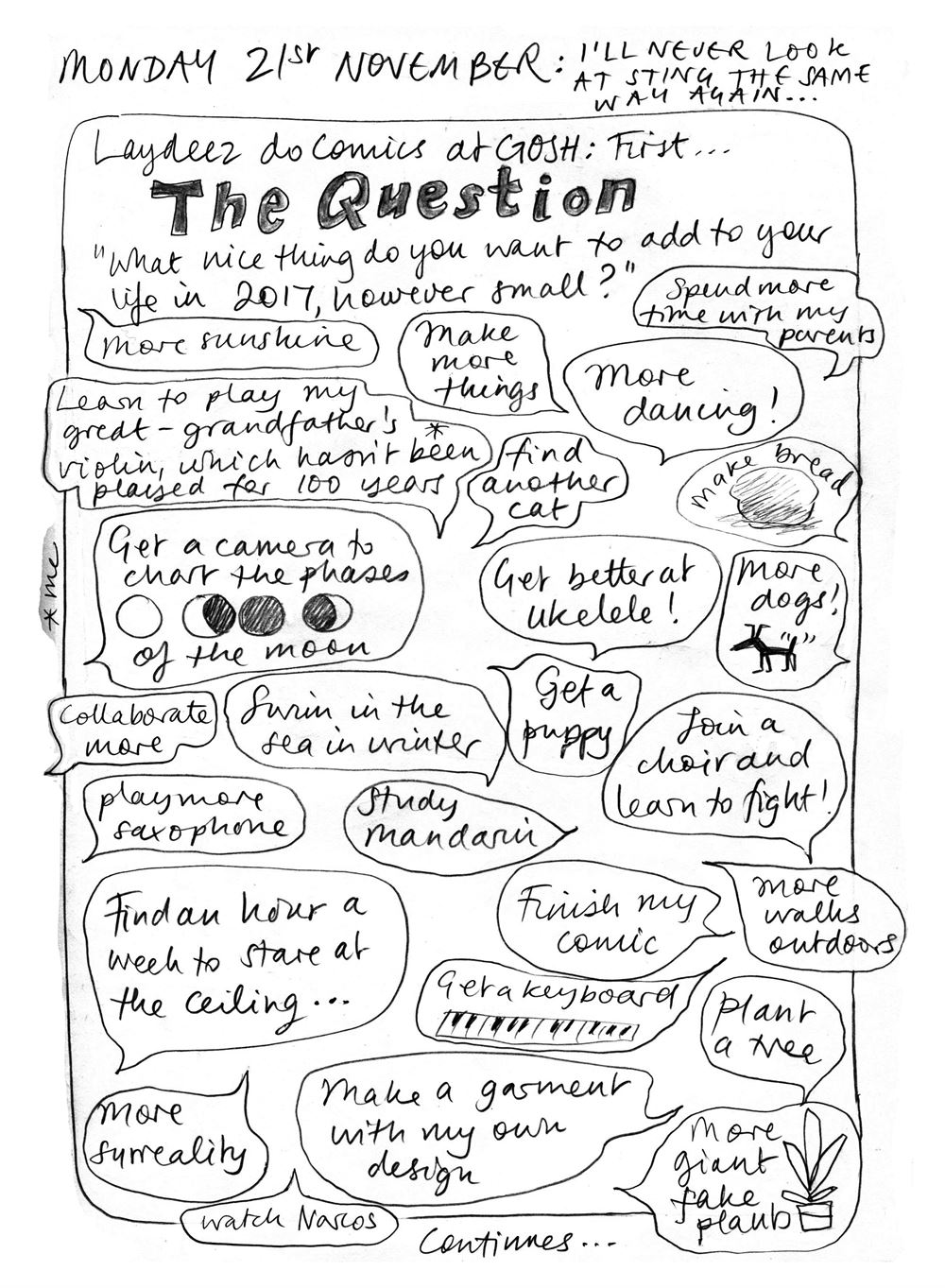 Next, two speakers who were united by the extraordinary things they can do with a pencil. First up was Hannah Eaton. She talked about the love of British folklore that underpins both her debut graphic novel, Naming Monsters (Myriad Editions, 2013), and her new project, which sounds as if it will be epic.

Hannah was funny, modest, and made me want to rush straight home and Up My Game. Her range of references is huge, from Robert and Iona Opie’s classic ‘Lore and Language of School Children’ (she has 2 copies) to Twin Peaks and other David Lynch works, to the Usborne Book of Ghosts which seems to have been a very formative experience. And not forgetting the ‘rich pickings’ of an archive of family photos going back to the 1920s. 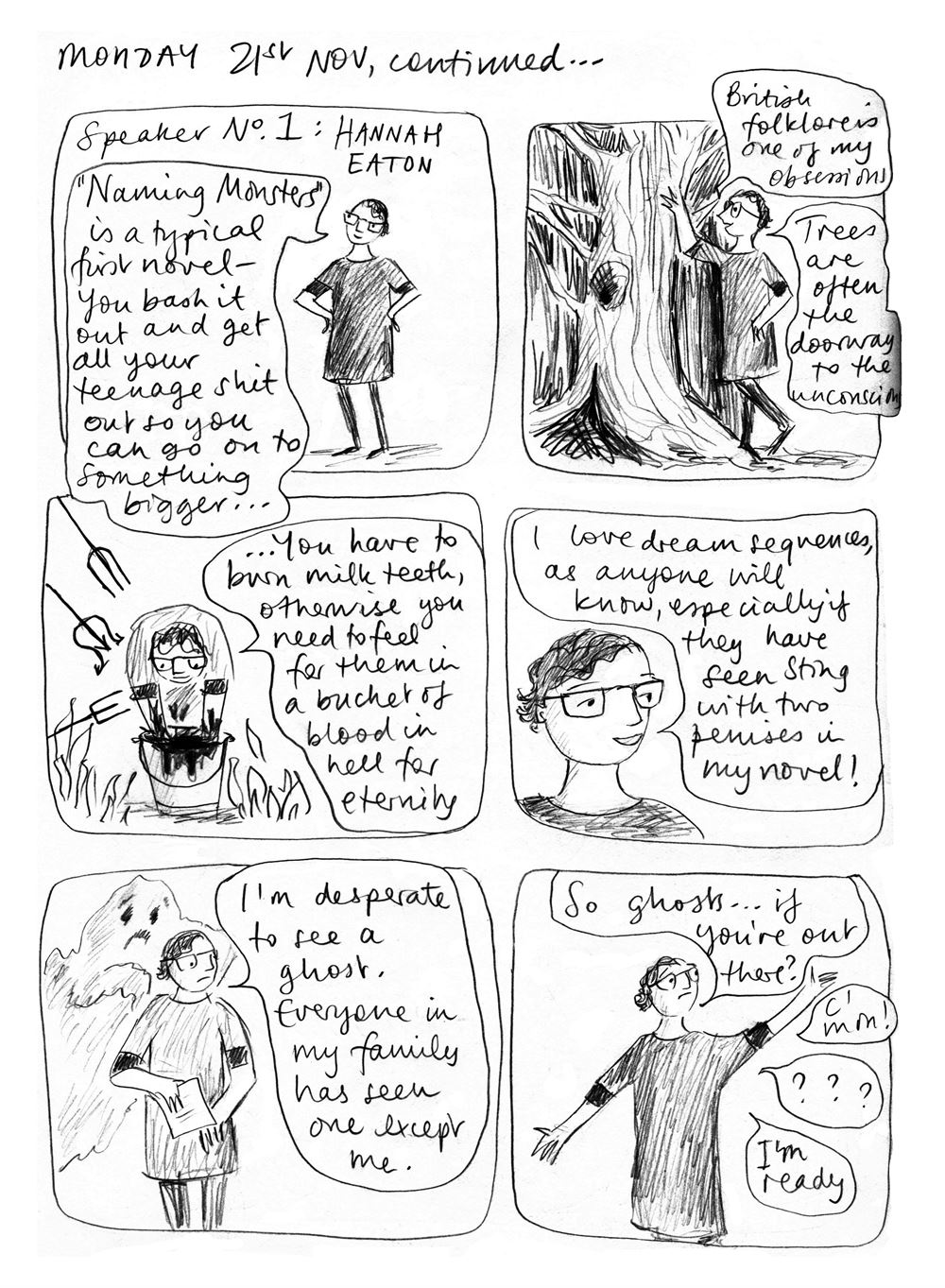 Next was Amber Hsu – “she’s terrifically talented, and has worked in a morgue” – what better introduction does anyone need?

Amber described her own evolution from photographer to sculptor, to comics artist, publisher of Tiny Pencil and founder of the One Pound Poems project. Her tale of meeting a stranger on a train, and eventually hearing all his deepest darkest secrets was very moving, and the poems she showed on screen were very moving, and often funny at the same time – something that’s difficult to achieve. She also told a lovely story about writing a poem for an unborn baby, and months later, the mother brought the baby to meet her. 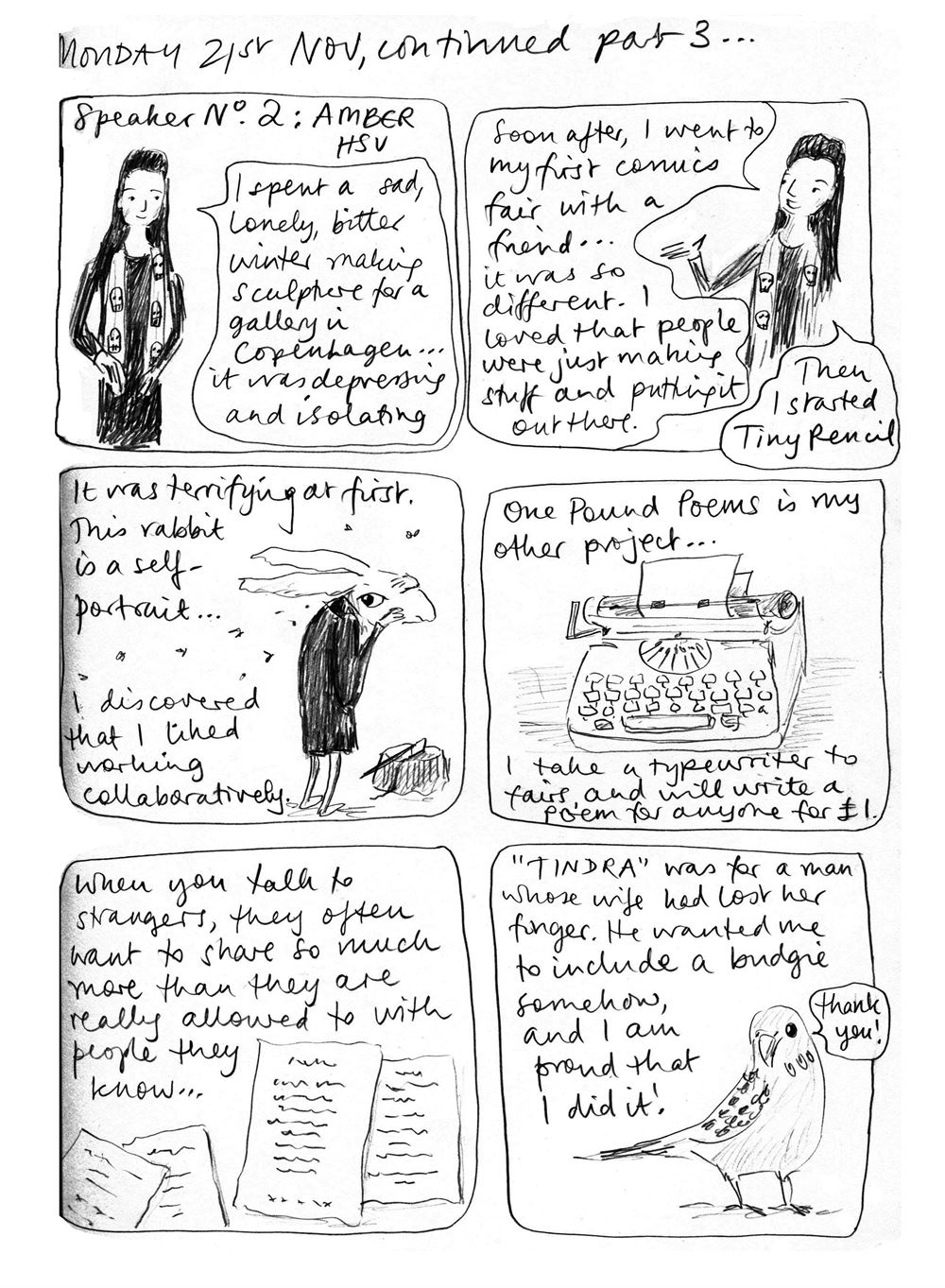 Footnote: I bought a copy of Naming Monsters and was so absorbed reading it I almost missed my stop on the way home, and was nearly late for work next morning as I couldn’t resist finishing it. If you haven’t seen it yet, get hold of a copy: it’s dark, funny, original and very moving, with gorgeous artwork too.