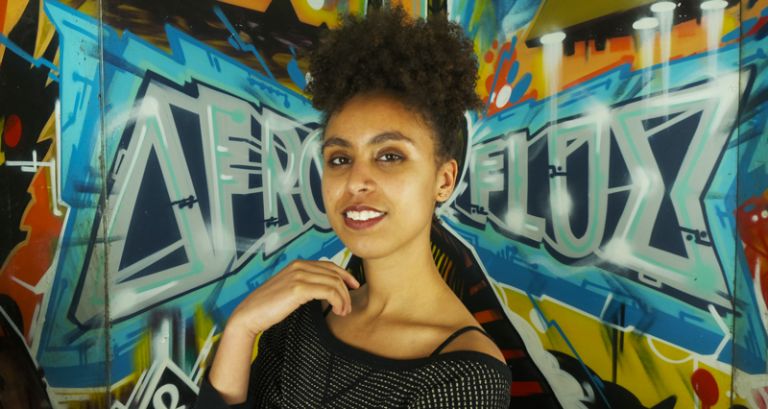 She has been hosting LDComics meets ups in Birmingham, UK for several years and workshops with Afroflux and Afrofutures UK.

Charlotte has published, edited & contributed to a number of anthologies, zines and journals, including graphic essays From Stigma Power to Black Power with sociologist professor Imogen Tyler, Code-switching for Afroflux with Juice Aleem, Afrofuturism for How We Get to Next and another on the Afrofuturism of ‘Black Panther for CNET. In 2020 she wrote episode two of Planet Divoc-91, an allegorical story about the pandemic.

Since 2015, she’s been on the team behind the international graphic novel forum LDComics and hosting workshops with Afrofutures UK. Her work has been exhibited at the Angouleme International Comics Festival, the Sunny Bank Mills Panel Show Exhibition in Leeds, the Jewish Museum in London and the Cartoon Museum in London, which was then published in the widely celebrated anthology ‘Inking Women: 250 Years of British Women Cartoon and Comic Artists’.

She’s currently working on a collaborative graphic novel about our relationship with mental health.